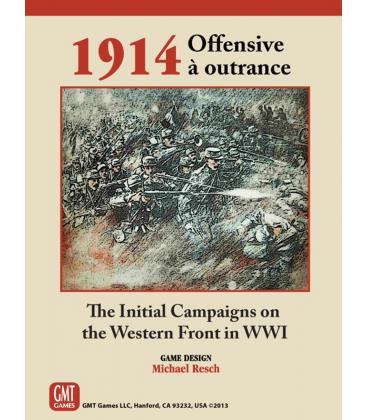 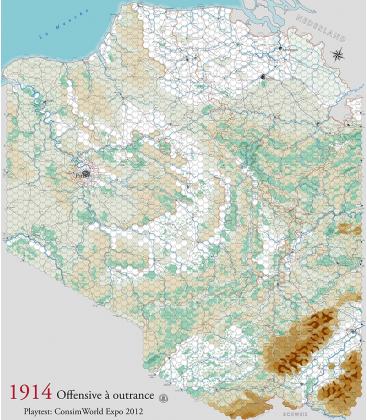 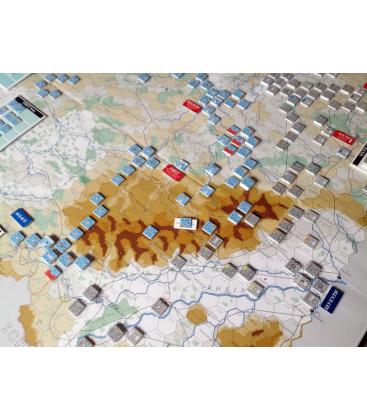 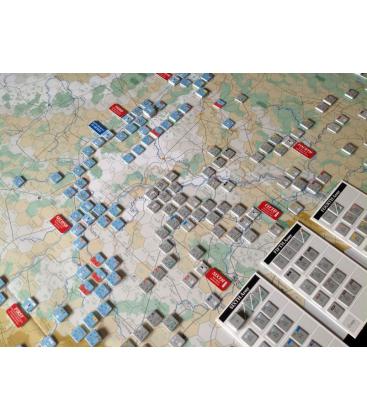 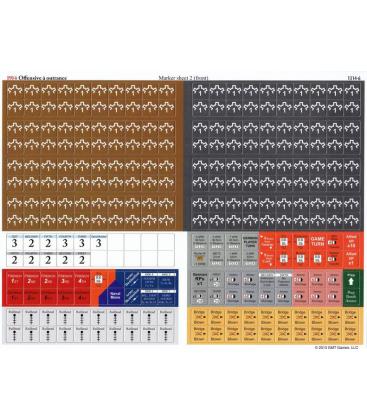 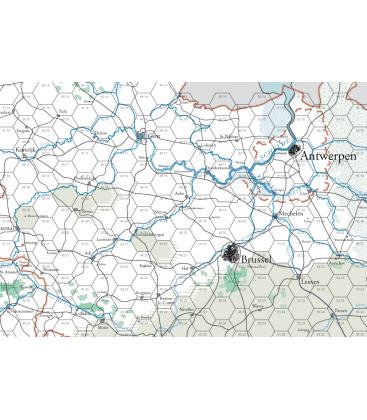 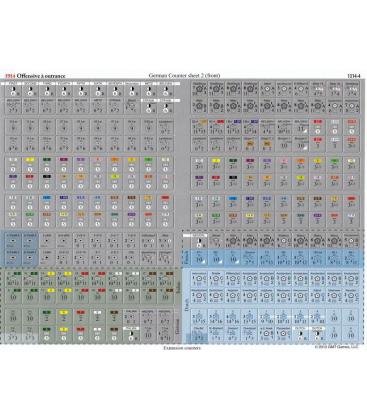 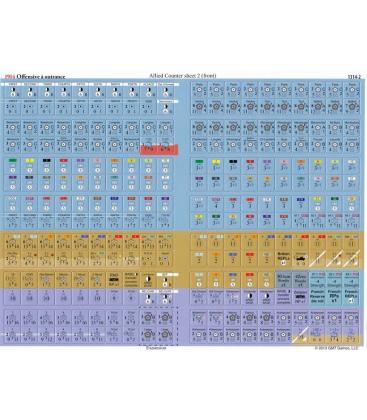 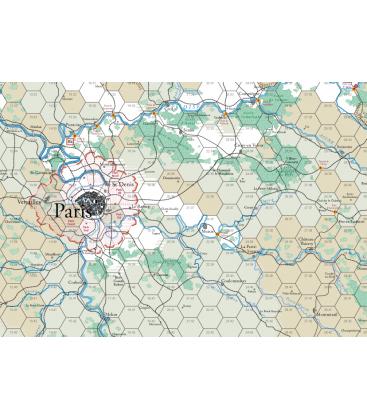 1914: The Initial Campaigns On

1914: Offensive à Outrance, The Initial Campaigns on the Western Front in WWI realistically covers the Battles fought in Belgium, France and Germany during the first months of World War One.

1914: Offensive à Outrance (translation: Offensive to Excess) is a comprehensively researched Model that explores this fascinating Set of Campaigns with an accurate order of Battle and detailed Game Map. The Map encompasses the entire theater of War from the English Channel to the Swiss Border. The Game System used is a streamlined derivative of the 1914, Twilight in the East System, modified to speed play, with care not to lose focus on those aspects of warfare that made the opening stages of WWI so unique. This Game System, in conjunction with the accurate Map, allows the German advance to be conducted along historical routes with the eminent "Open Flank" present (instead of Units strung out from Map Edge to Map Edge). The Allied Player has an opportunity to recreate a "Miracle of the Marne" type victory or to stop the Germans earlier. Likewise, the German Player has a chance to change history and defeat the Allies' Armies in 1914.

The Grand Campaign Scenario covers the Period from the fall of Liege on August 16th to exhaustion at Ypres in mid-November. 2 shorter Scenarios, The Battle for Lorraine (a learning Scenario) and From the Marne to Stalemate are also provided. 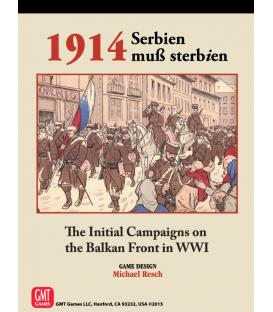