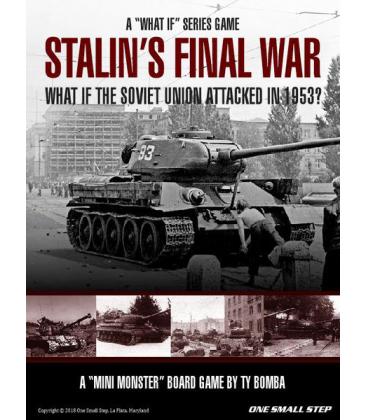 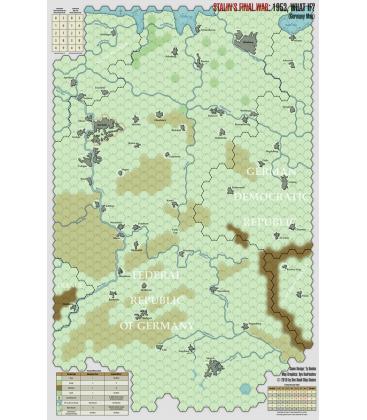 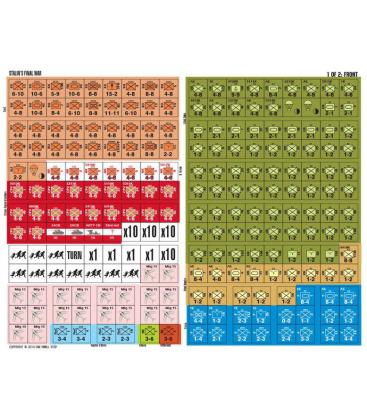 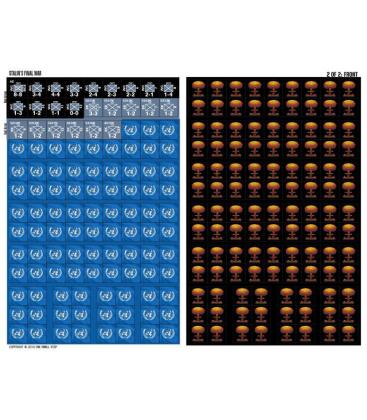 Stalin's Final War: What if the Soviet Union Attacked in 1953? (Inglés)

A "What if" Series Game

Stalin's Final War: What if the Soviet Union Attacked in 1953? (SFW) is an Alternative History Wargame intended to investigate the strategic parameters that would’ve been in place during the first 10 weeks of Operations had that Dictator lived long enough to put in motion his plan to start World War III in 1953. Had he lived, the most likely start date would’ve been one closely coinciding with the signing of the Korean War armistice in July (in order to achieve a surprise effect).

His main goal in starting such a War wouldn’t have been immediate global conquest; rather, in Europe he would’ve been seeking to seize or thoroughly wreck the Ruhr (then, as now, one of the World’s main Industrial Regions) or otherwise abort the still young Federal Republic of Germany (West Germany) as an effective Member of the Western Alliance. In Asia, the then already long-sought conquest of the Korean Peninsula would’ve been the objective, thereby putting Japan into what would’ve amounted to a geo-strategic vice, given the USSR already possessed Sakhalin Island to its north.

There are Atomic Warfare Rules, but their use by the Communist Side is constrained by the limited availability of the Bombs themselves, as well as by their historic lack at that time of a fully dependable means to deliver them. On the Allied (a.k.a. "United Nations" or "UN" or "US") Side, the limitation is a cultural one. That is, the early 1950s marked the full blown emergence of the anti-imperialist (a.k.a. "hate America" of "third world" or "non-aligned") movement onto the global media stage. If, therefore, the Americans were to try to win the war by using enough a-bombs to simply blow to bits the attacking Communist Hordes, they would do so much damage to the environmental and socio-political ecologies as to undo that battlefield victory in the broader grand-strategic sense. One Map covers West Germany and its immediate environs; the other covers the Korean Peninsula South from the Pyongyang-Wonsan "neck". Each hexagon on both Maps represents 10 miles (16 km). The Communist Units of maneuver are Armies and Corps, while those on the UN Side are mostly Divisions along with a few Corps. Air Power is represented abstractly, with Counters and Rules showing the effects of one side or the other gaining temporary air superiority above one or both theaters of operation. Each full game turn represents one week of real time from late July to early October 1953.