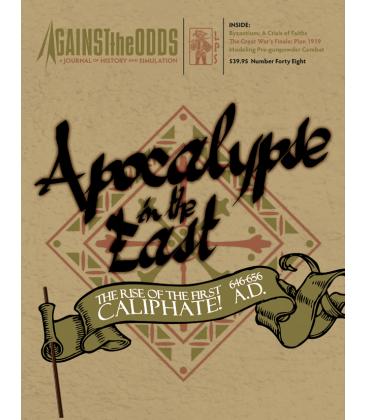 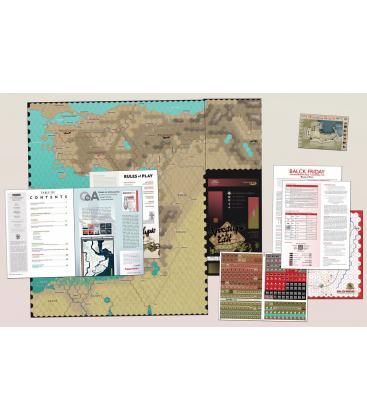 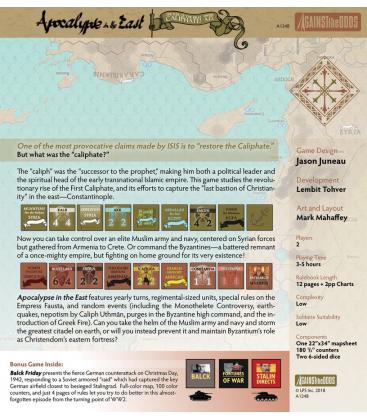 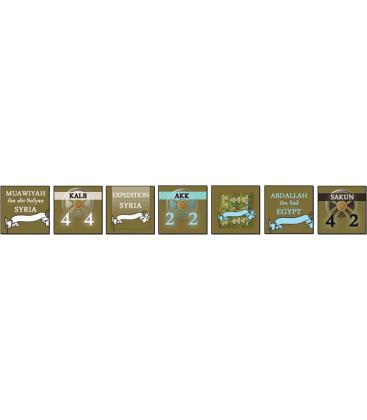 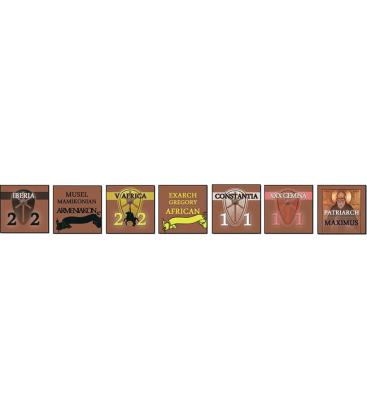 The accession of the Caliph Uthmãn B. Affan enabled Mu’ãwiyah b. Sufyan, his cousin and the formidable Governor of Syria to construct a fleet and carry on the war against Byzantium. From the highlands of Armenia to the shores of Crete, the elite Syrian Army and Navy seeks to overwhelm the last stronghold of the Byzantine Empire, Constantinople.

Unfortunately for them, the new Emperor, a callous youth named Constans, is equally determined to stop them. Coming to the throne in the wake of murder and revolt, the young sovereign commands only the battered remnants of the Army, but it is now fighting on its home ground.

Apocalypse in the East: The Rise of the First Caliphate 646-656 A.D. by designer Jason Juneau, features yearly turns, regimental sized Units, special Rules on the Empress Fausta and random Events including the Monothelete Controversy, earthquakes, nepotism by Caliph Uthmãn, purges in the Byzantine high command and the introduction of Greek Fire. Can you take the helm of the Syrian Army and Navy and storm the greatest Citadel on Earth, or will you instead prevent it and maintain Byzantium’s role as Christendom’s eastern march?

Bonus Game inside: "Balck Friday" presents the fierce German counterattack on Christmas Day 1942, responding to a Soviet armored raid which had captured the key German Airfield closest to besieged Stalingrad. 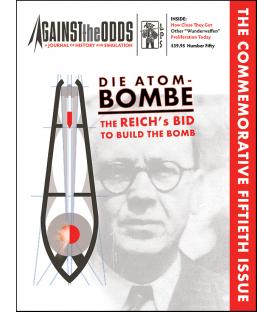 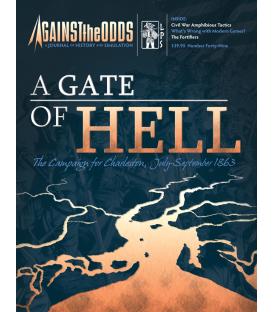