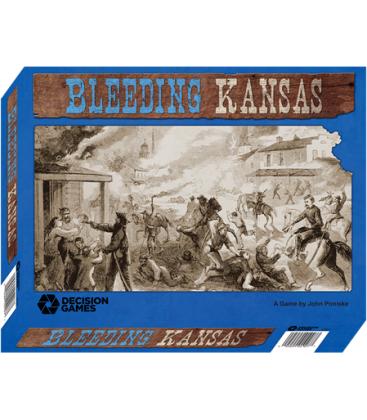 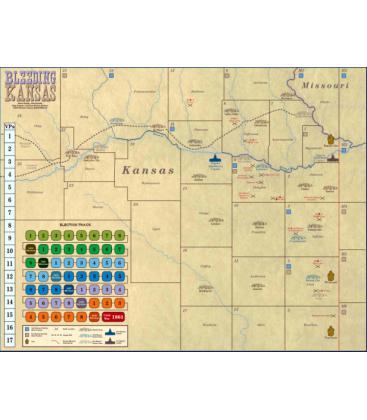 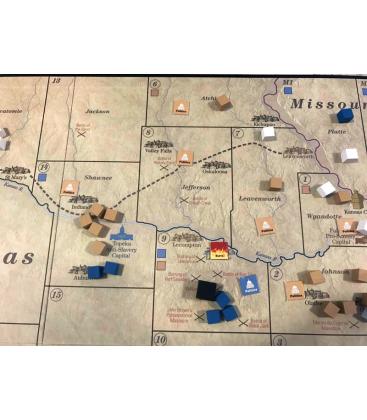 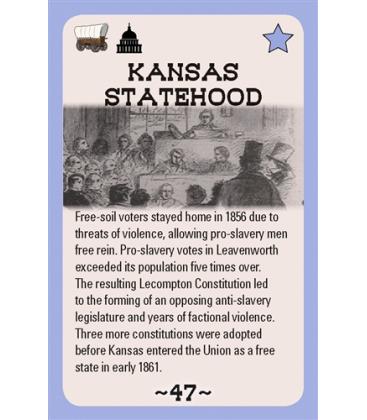 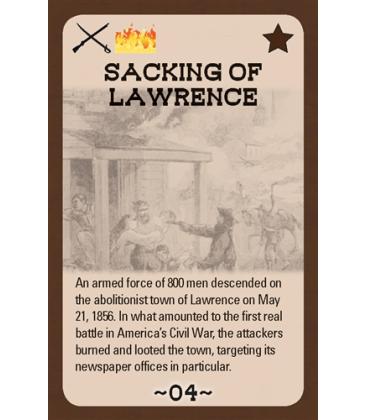 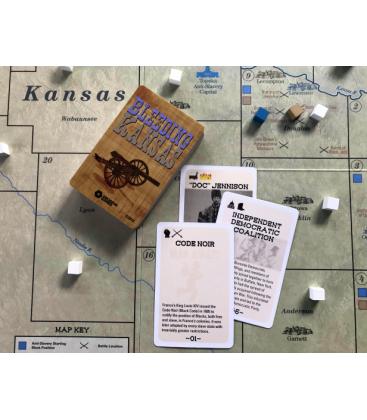 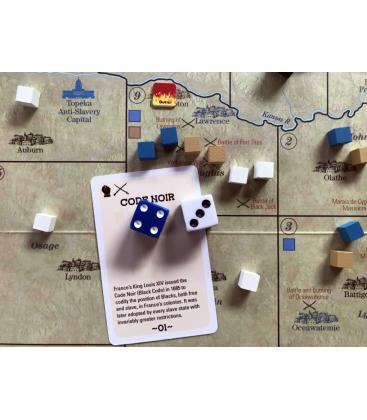 Bleeding Kansas is a 2-player game portraying the politics and violence in pre-statehood Kansas. The Kansas-Nebraska Act of 1854 gave new territories the right to popular sovereignty, allowing Residents to choose whether or not to allow slavery. Within months the stream of Settlers to Kansas was swelled by parties of sponsored abolitionists and pro-slavers, all more intent on fighting one another than building a new State. Bushwhacks and gun battles punctuated maneuvers by rival legislatures elected through massive fraud. It would not die out entirely until statehood in January 1861. The new state’s senators swung the US Senate irretrievably against the South, ensuring the continuation of secession started by the election of Abraham Lincoln.

The Core of the Game is the Card System. Each card describes an important event, person or factor in the conflict, and triggers associated actions in the game. Players alternate card play to influence settlers, build forces, control counties, sway politics, move friendly forces, disrupt or attack opposing forces, burn or rebuild towns, encourage migration, or request Federal intervention. The sequence of cards played not only determines the outcome of the game, but creates the narrative of this dramatic conflict.

Take charge of your Faction and gain control of Kansas.