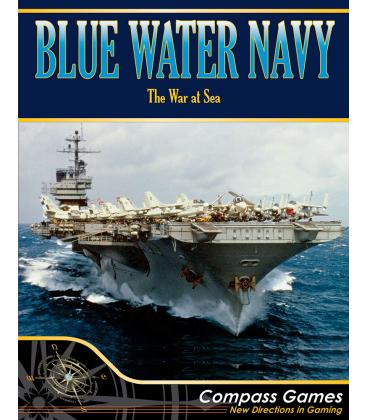 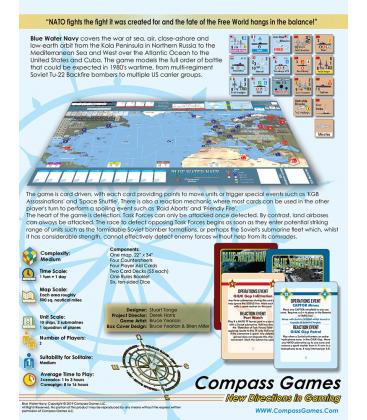 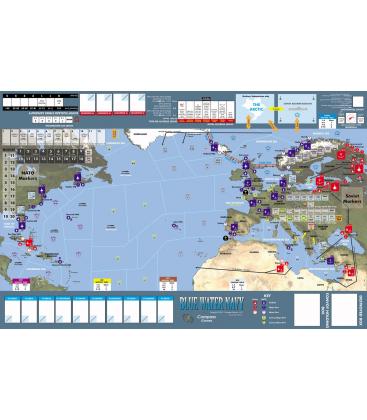 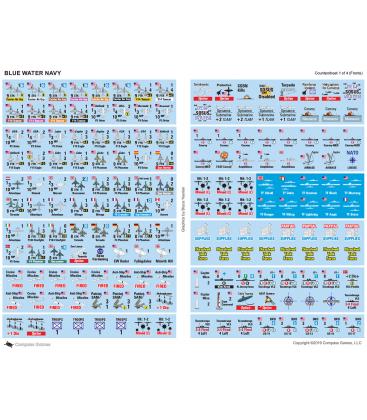 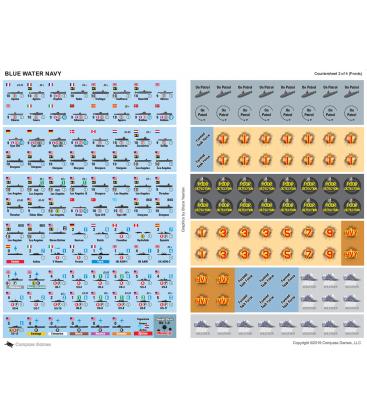 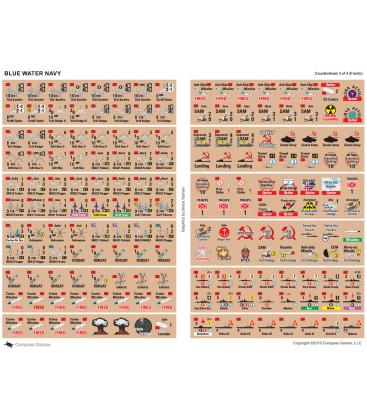 Blue Water Navy is an Air-Navy-Submarine Game of World War three in the 1980's. It covers from Cuba and Florida in the West to the Kola Peninsula in the East and the Mediterranean as well.

Units are Air Squadrons, Ship Groups and Submarines. The order of Battle is as close as possible to the real combatants available in the 3 time periods of the game: 1983, 1985 and 1989.

June 15th 1983:  NATO Fights the fight it was created for and the fate of the Free World hangs in the balance! Will the Blue Water Navy deliver the Convoys desperately needed in Europe or will the Red Banner Northern Fleet smash them at sea, allowing the Red Army to steamroller Western Europe?

Blue Water Navy covers the war at sea, air, close-ashore and low-earth orbit from the Kola Peninsula in Northern Russia to the Mediterranean Sea and West over the Atlantic Ocean to the United States and Cuba. The game models the full order of battle that could be expected in 1980's wartime, from multi-regiment Soviet Tu-22 Backfire bombers to multiple US Carrier Groups.

The Game is Card Driven, with each card providing points to move Units or trigger special events such as KGB Assassinations and Space Shuttle. There is also a reaction mechanic where most cards can be used in the other player's turn to perform a spoiling event such as Raid Aborts and Friendly Fire.