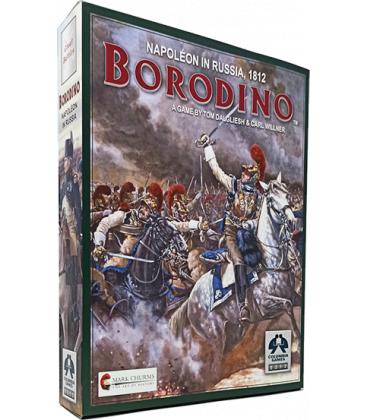 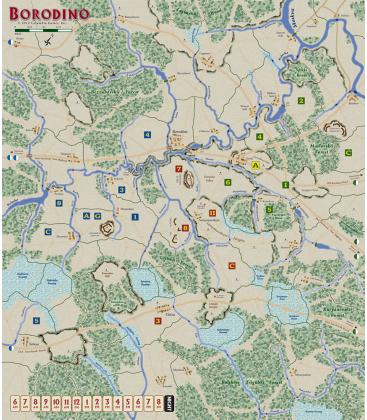 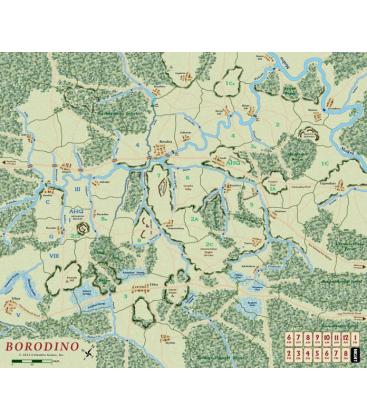 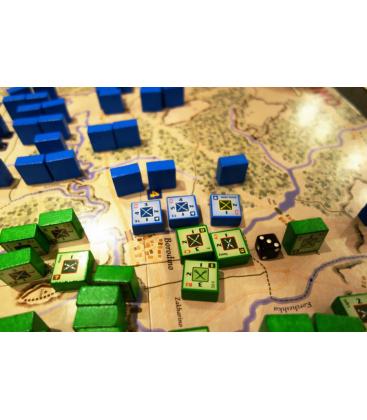 Borodino was fought between the Army of Imperial Russia and Napoléon's Grand Armée on September 7, 1812. The Battle ended with a French victory, but strategic defeat. Losses were terrible on both sides, but the Russians could replace theirs. One week after the Battle Napoléon occupied an undefended Moscow, hoping to impose a peace, but after four weeks was forced to retreat home with calamitous results.

The Historical Battle involved wave after wave of frontal attacks by both sides, focusing on the Russian redoubts. However, the Wargame shows all the options available to Napoléon and Kutuzov, including some not attempted historically. The French Player has several possible lines of attack and the Russian Player must try to anticipate and counter them all. The tactical interaction of Napoléonic Infantry, Cavalry and Artillery is also emphasized, including Cavalry Sharges and Squares. This makes for exciting and tense gaming. Movement and Combat are resolved within Areas. The Game plays using the fast-paced Move-Move-Battle sequence seen in Shiloh. Players activate Leaders to command Divisions of the same Corps.