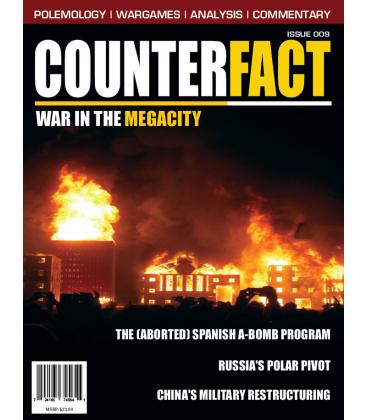 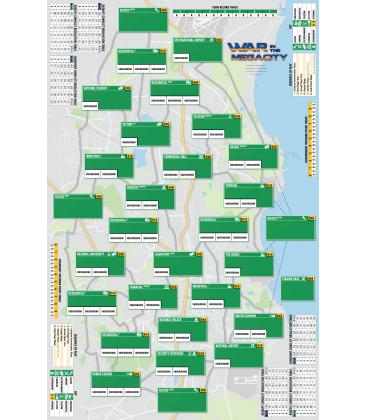 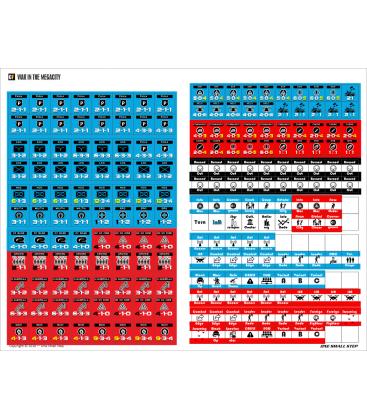 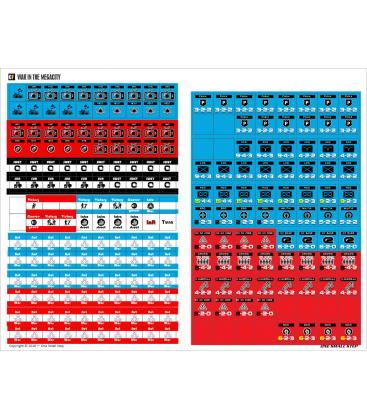 War in the Megacity is a 2-Player simulation of hypothetical near-future Battles fought in Metropolitan Areas with populations of 10 million or more, and it’s designed by Joseph Miranda. The objective is to show the spectrum of conflict (conventional, special operations and unconventional) used in this type of fighting on the grand-tactical level. There are 2 sides, both controlled by a player, the Insurgent, who wants to seize control of the City. Opposing him in that effort is the Government Player.

The "Infowar Index" is central to play. Each Player has one, which indicates how successful he is in achieving his goals, and representing the amount of overall public support each side is getting.

Each Game Turn represents from 2 days to 2 weeks of real time, depending on the tempo and scope of the activities conducted in each one. The various Units represent force sizes (most either task-organized or spontaneously generated at street-level) varying in size between Battalions and Brigades: anywhere from about 500 to 5,000 personnel.

Megacity has a number of unusual Subsystems. For one, victory in battle isn’t always reckoned in terms of physically destroying the enemy but, rather, in fighting him in such a way as to get the media’s reporting squarely on your side. Another important aspect of the game is that certain combat results cause units to get stronger, as they gain in cohesion and tactical expertise.

The System has antecedents in earlier games, in particular, Jim Dunnigan's "Chicago, Chicago!" It presented the first wargame approach to confrontations between Police and Demonstrators during the protests at the 1968 Democratic National Convention in Chicago. It was one of the first attempts to model modern Urban Warfare, albeit in a Battle in which no one was killed though there was plenty of havoc in the streets. 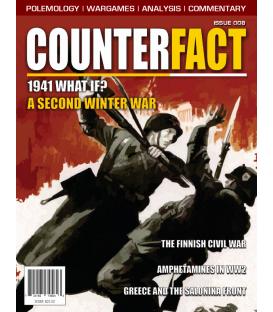