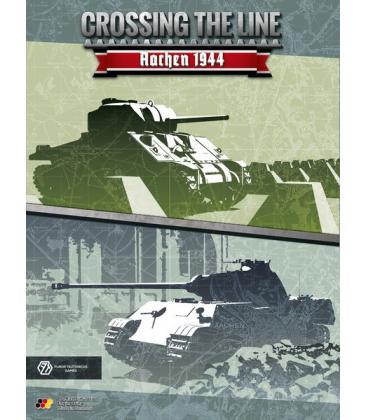 Crossing the Line – Aachen 1944 is an operational level simulation of the Battle for Aachen, which took place from September 12th to October 21st, 1944. The game is intended for two players but is also suitable for solitaire and team play. The game is played in a semi-interactive way, as only one Division of the active player is activated to conduct actions at the same time and the inactive player sometimes can have one of his Divisions react to specific threats and interrupt the enemy's actions.

The Situation
While Operation Market Garden was in the final stage of preparation, Lieutenant general Hodges led the leading elements of the First Army towards the Westwall fortified line south of Aachen. If successful, he might have the opportunity to drive through the fortified line, crossing the Roer River and perhaps reaching the Rhine River.

Components coming in the game box:

The Great Crisis of Frederick II