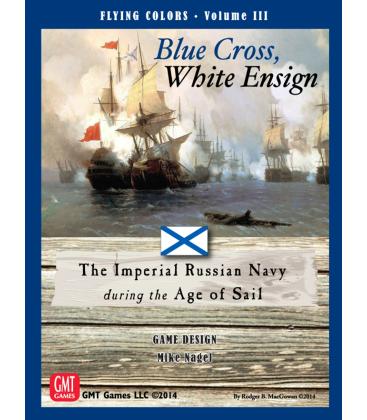 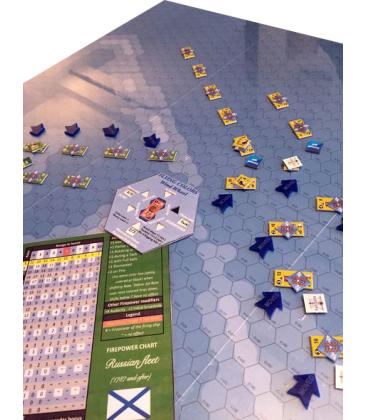 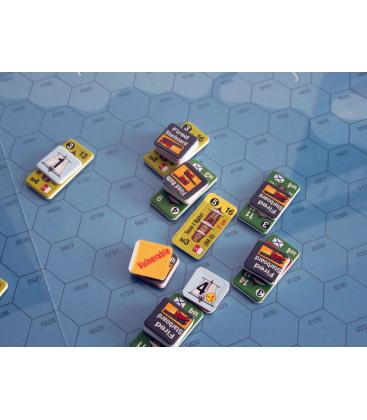 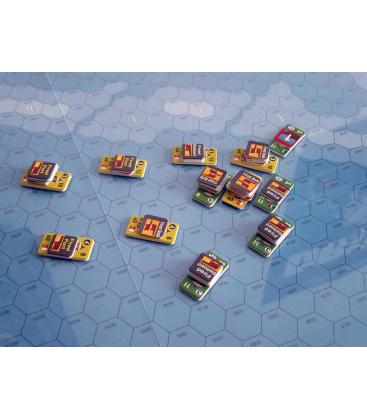 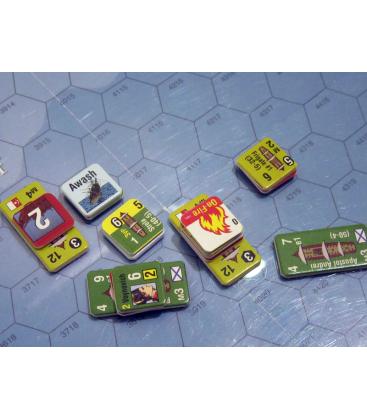 Flying Colors 3: Blue Cross, White Ensign is the 3rd Volume in the Flying Colors Series of Games on Naval Combat. It focuses on the efforts of the Imperial Russian Navy in its struggles against the Navies of Sweden in the Baltic and Turkey in the Black and Mediterranean Seas from 1770 to 1807.

Like its predecessors, this Volume is completely independent of (but fully compatible with) the other Volumes in the Series. Nothing else is needed to play! This Volume comes with an Updated and Expanded Rule Book that adds additional detail specific to the Navies included herein. Particularly the introduction of explosive shells, fired from the mighty Russian "edinerogs" (or "unicorns").

Included are a baker's dozen of Battles pitting the Imperial Russian Navy against those of Sweden and Turkey. Each Battle is fought by 2 Players (or 2 Teams of Players) across one or several conjoined Maps depicting shallows and shoals with individually named vessels that have been specifically rated for their abilities in combat.

Players activate these Ships through the command abilities of individually rated Admirals present at each Battle (including the Mercenary Adventurer and American Naval icon: John Paul Jones). Players may also easily create their own Scenarios with "design your own" Rules and even pit these Fleets against those from other Volumes in the Flying Colors Series. The Command System provides an excellent solitaire experience as well.