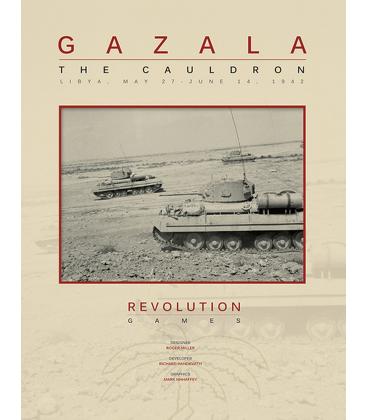 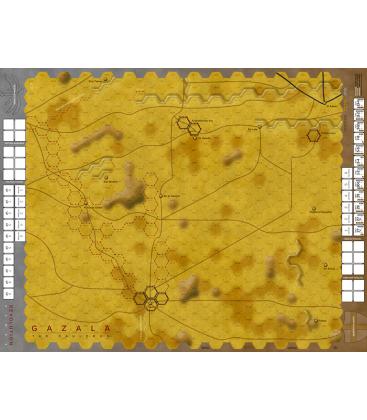 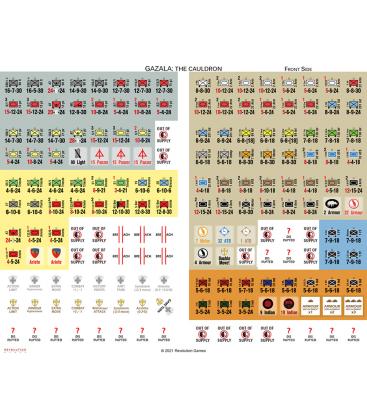 Nations in Arms: Valmy to Waterloo - The Wars...

Gazala: The Cauldron simulates the mobile portions of the Battle of Gazala south of Tobruk between May 27 and June 14 1942. An Axis attack was met by a furious Allied Counter-attack which then developed into a grinding Battle of Attrition and Maneuver that finally ended in massive Axis victory.

Alternating random activation by formation provides Player with uncertainty and high re-playability as no 2 games will be alike. Each Turn Player receive a varying number of activations to represent the supply levels, command confusion, fatigue and intelligence of their Armies and this leads to an ebb and flow to the Battle as each side is dominant at different times. After Units move, strengths are educed to simulate fatigue and lack of defensive preparation making counter-attacking key to the Game. Minefields, Airpower, Anti-Tank abilities and the Armor versus Infantry conflict are all modeled in a simple and effective Set of Rules.

There are 2 Scenarios with a playing time of 3-7 hours.

Note: Players will need to provide one 10-sided Die for game play.