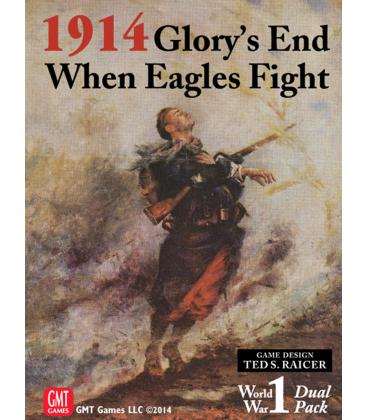 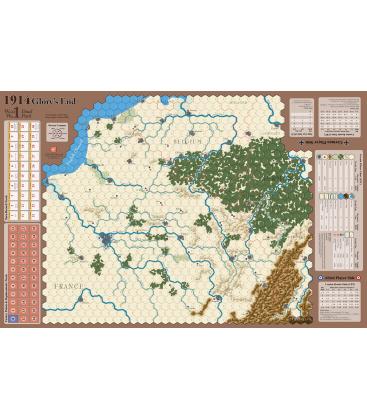 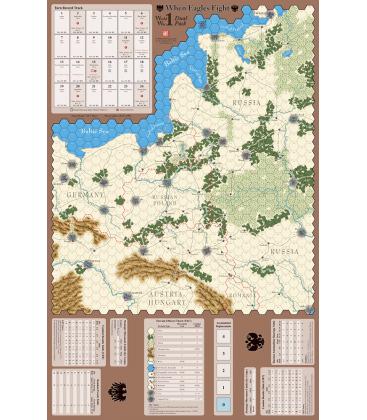 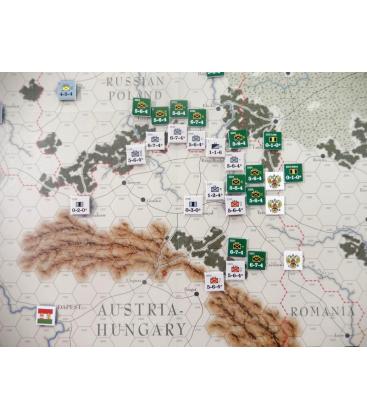 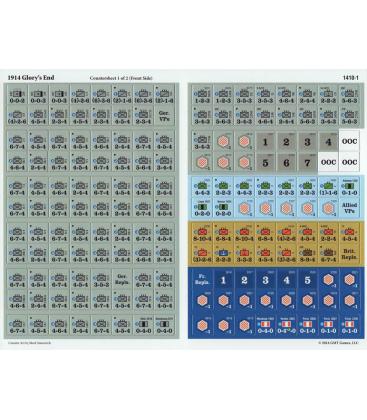 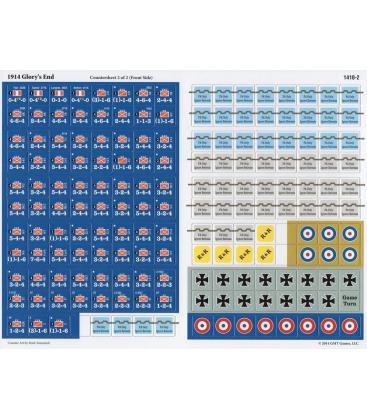 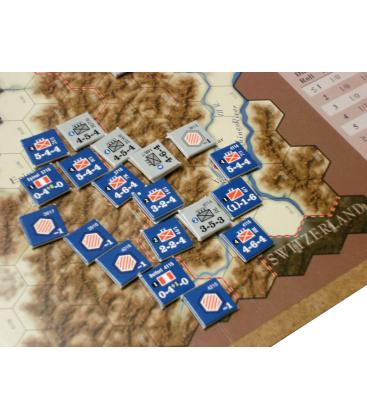 Before the award-winning World War I designs "Paths of Glory" and "The Great War In Europe Deluxe Edition", designer Ted S. Raicer had revived interest in gaming the Great War with a Series of WWI Campaign Games for the late lamented Command Magazine. GMT is proud to present a Set of revised boxed editions of these classic players-games.

In August 1914, Imperial Germany gambled its future on a rapid Conquest of France, designed to free up the German Army within 6 weeks to face the Russian Steamroller of France’s Tsarist ally on the Eastern Front. 7 German Armies deployed opposite 5 French Armies, the Army of "plucky little Belgium" and the "Old Contemptibles" of the British Expeditionary Force in a Series of Battles that turned August and September 1914 into the bloodiest months of the entire War.

Glory’s End covers the first 3 months of the Great War on the Western Front, from the Guns of August to First Ypres. This oft-gamed Campaign receives a unique treatment, emphasizing playability without compromising on historical feel. Units are mostly Corps of 4 steps (2 counters per unit), along with a few especially strong (or weak) Brigades and Divisions, along with counters for the feared German Krupp and Skoda Guns. The Corps level Order of Battle accurately reflects the operational doctrine of the Campaign, while also limiting the number of counters on the Map to an easy-to-manage level.

The Game scale is 9.5 miles per hex and 3 days per turn. The Campaign Game runs a full 30 turns, but the new edition will include not only a previously published mini-Scenario on the Battle of the Marne, but a short 10 turn Campaign Scenario covering the decisive opening weeks of the War. In addition the Campaign Games can be played in historical or free set-up versions.

Glory’s End manages to cover all the important characteristics of the Campaign (with rules for forts, cavalry, command and control breakdowns, supply, strategic rail movement, Allied sea movement, German forced marching, Plan XVII, Paris in Danger! and more) while remaining easy to play. The new GMT version will of course incorporate all errata from the original edition, but adds updated artwork, a corrected historical campaign Order of Battle, additional scenarios, and a tweaked set of rules.

When Eagles Fight recreates this titanic struggle from the initial clashes at Tannenberg and in Galicia to the revolution that brought down Tsar Nicholas II. The large-hex Map covers the Eastern Front of the Great War from the northern tip of Romania to Petrograd, and from Berlin to Smolensk at a scale of 25 miles to the hex. Turns represent 1 or 2 months, and Combat Units range from Division to (mostly) Corps.

When Eagles Fight has a set of low-complexity rules, without sacrificing the historical elements of this unique theater of the Great War. The Combat results table is bloody and attritional, but allows for breakthroughs with the right tactics or Artillery support. The greater operational skills of the German Army is shown in the use of the OberOst HQ, which allows additional attacks on a select part of the front. The Russian Supreme Headquarters, Stavka, in turn has the ability to concentrate their limited supplies to overcome logistical shortages. And the surprise tactics of the Brusilov Offensive can allow a late game victory over the Austrians.

Other rules cover the slow pace of Russian mobilization, Austrian Lock-Step Planning in the opening days of the war, German heavy artillery, fortifications, Russian Guards forces, Cavalry Retreats and the effects of events on other fronts.