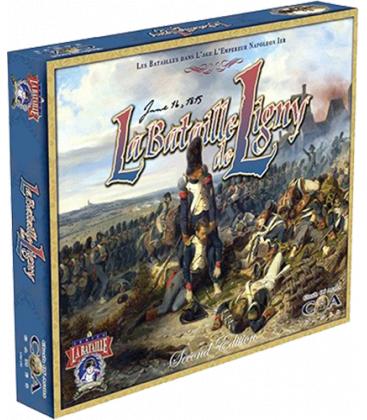 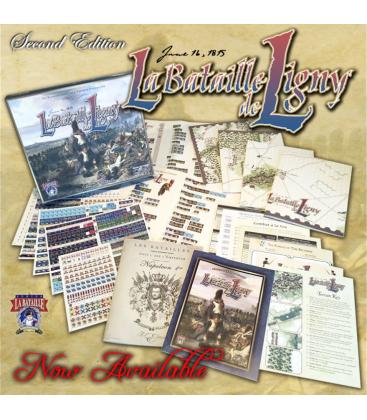 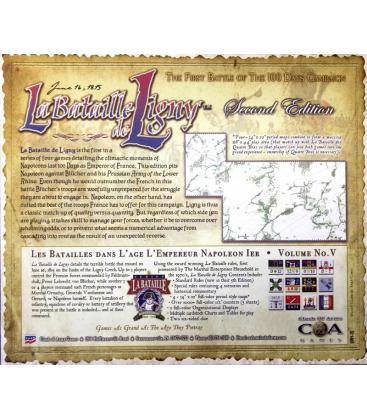 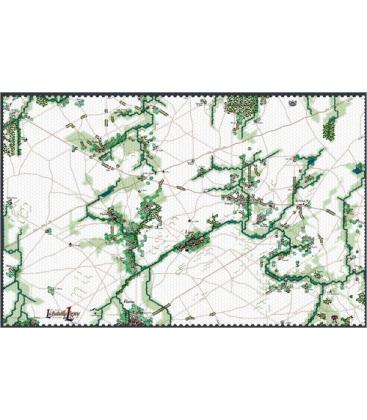 The first of the COA Games detailing the climactic moments of Napoleon's last 100 days as Emperor. This Edition simulates the Prussian Army of the Lower Rhine's desperate attempt to stop the French Armée du Nord as it plunges north towards Brussels. It was here that Napoleon found his last great victory.

La Bataille de Ligny reproduces this epic encounter on four 34x22" Period Maps and nearly 1,000 multi-colored Playing Counters. The Game is ideal for solitaire study or team play and can be matched with La Bataille des Quatre Bras to recreate the Events of June 16th 1815.

It is one of the most definitive studies done on a Napoleonic Battle and is therefore designed with the serious aficionado in mind.