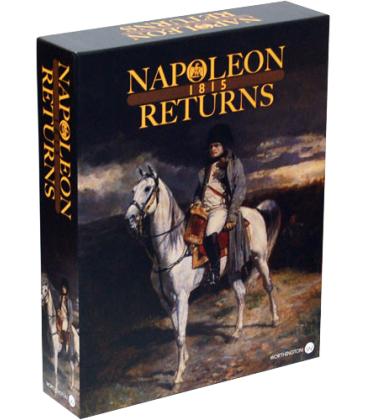 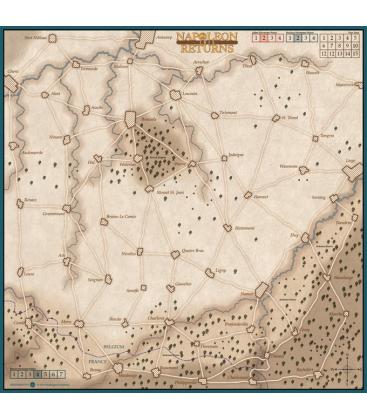 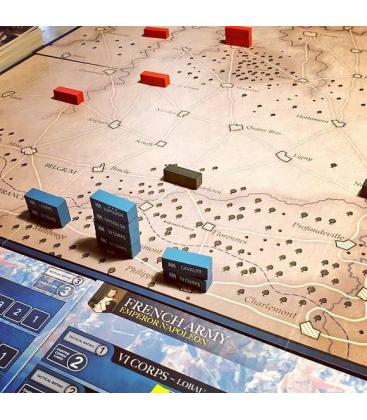 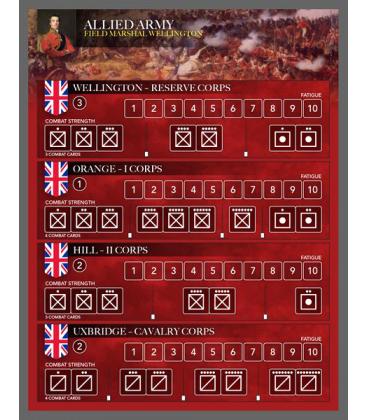 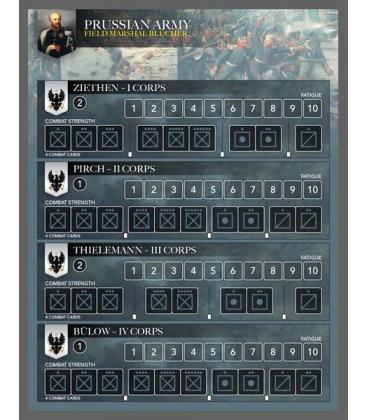 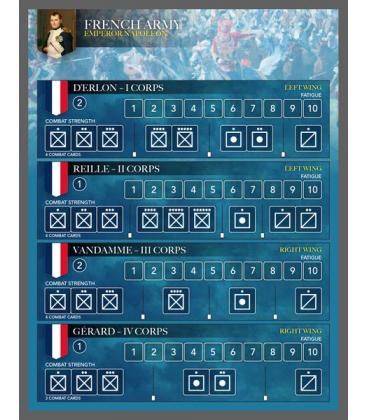 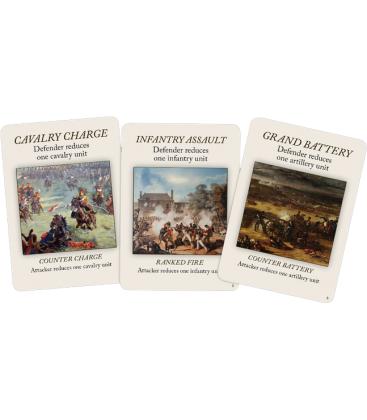 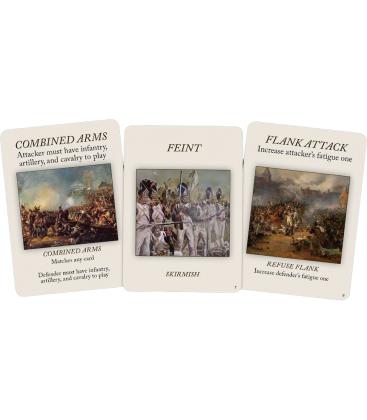 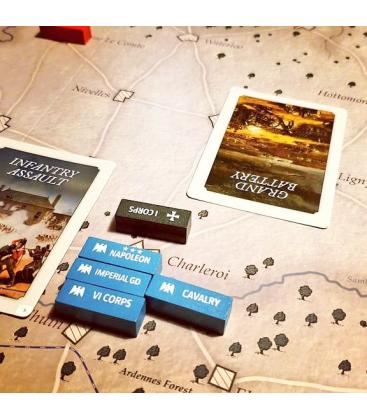 Napoleon Returns 1815 is our first game using our Action Point/Battle Card System. We've combined several ideas into one fast playing Game of Napoleon's 1815 Waterloo Campaign. With fewer than 20 Pieces on the Board, strategic movement based on action point allocation, a unique twist on a classic Battle Card System, the Game plays in under 90 minutes. The Game is playable by 2 to 3 Players and several games can be played in an evening. Great for Tournament Play!

Each side receives a set number of action points to move Pieces and Battle. Each Piece on the board is a Corps in the French, Anglo-Allied and Prussian Armies, so each side has 4-8 Pieces on board. As your Pieces move they will gain fatigue and as they battle they gain fatigue and casualties. The Battle System is card play, matching the cards played based on the type of Units in the Corps (Infantry, Cavalry or Artillery). Victory is determined by the capture of terrain and eliminating Enemy Units. 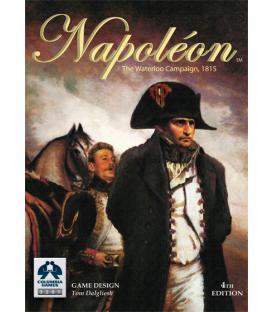 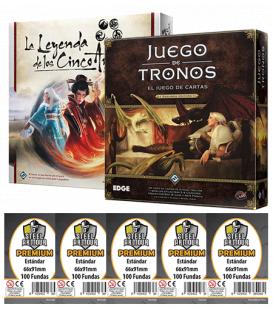 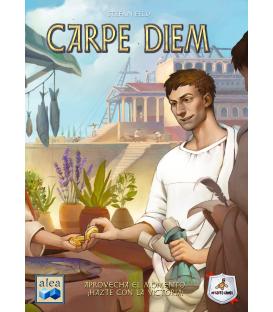