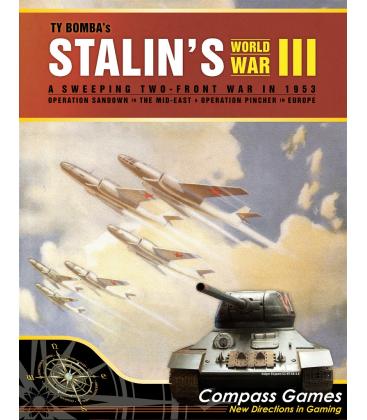 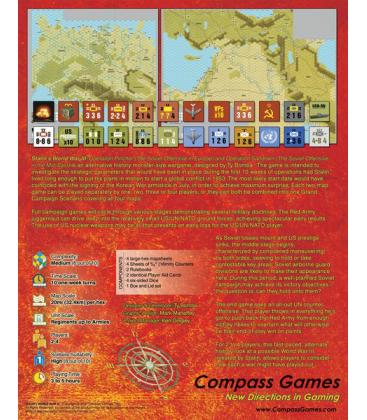 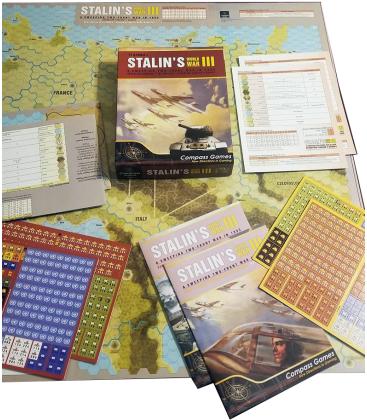 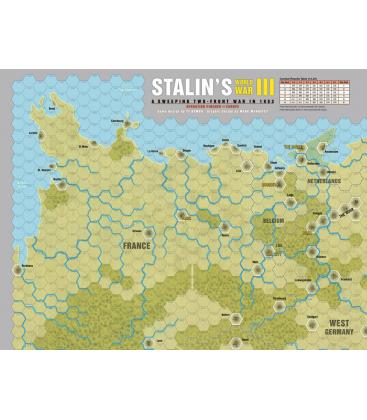 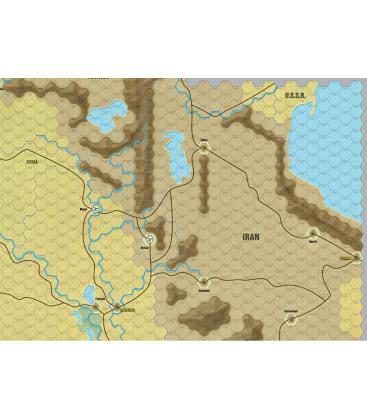 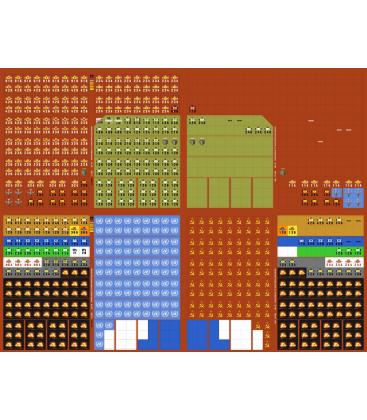 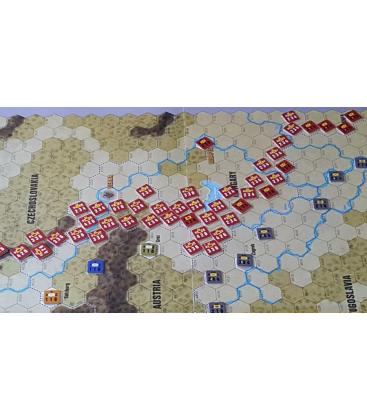 Stalin's World War III is a 2 game package: Part 1. Operation Pincher & The Soviet Offensive in Europe; and Part 2. Operation Sandown & The Soviet Offensive in the Mid-East. This is an alternative history monster-size wargame, designed by Ty Bomba, intended to investigate the strategic parameters that would’ve been in place during the first 10 weeks of Operations had that dictator lived long enough to put in motion one of his many plans to start a global conflict in 1953.

Had he lived, the most likely start date would’ve been one coinciding with the signing of the Korean War armistice in July, in order to achieve maximum surprise. Each 2-map volume can be played separately by 1, 2, 3 or 4 players, or they can both be combined into on Grand Campaign Scenario covering all 4 Maps.