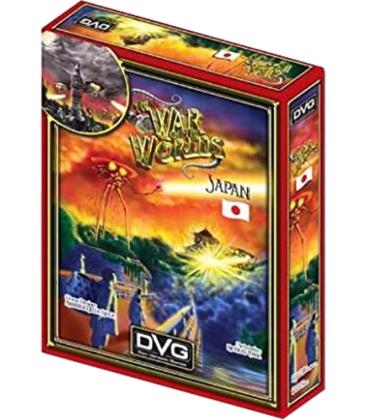 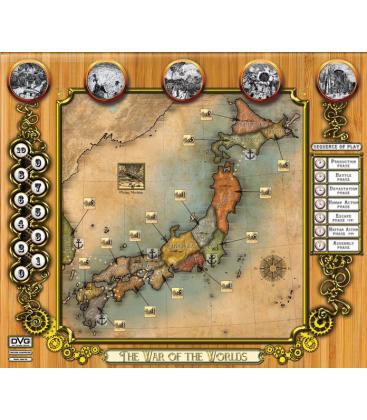 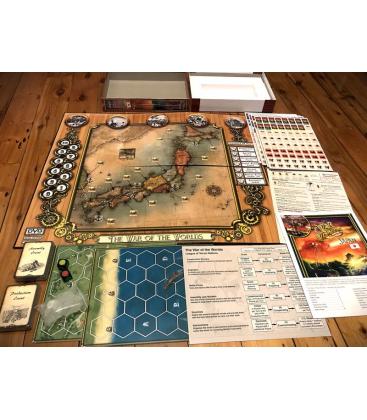 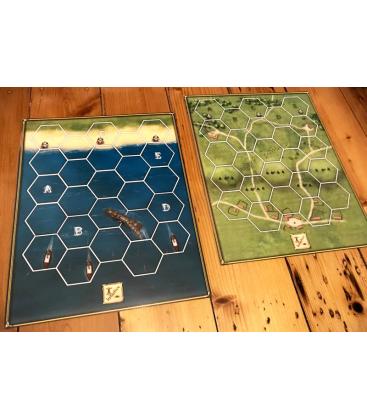 The War of the Worlds: Japan (Inglés)

The War of the Worlds

The War of the Worlds: Japan is a Solitaire Board Game that puts you in command of the Human Forces in a desperate attempt to defend Earth against the invading Martian Tripods!

While you plan and carry out the Human side of the War, the Game System commands the Martian Forces.

Japan possessed a small but well-trained military at the time. To reflect this, their Units cost a little more, but also have a better chance to carry out their orders. Their smaller geographical Area makes for more intense combat with fewer movement options. The Martians have 3 Tripods in each Wave. Japan only pays 3 PP to build Harbors, and only pay 1 PP to move Units during the Production step. Battles in Japan will be close-in, intense, and highly mobile. Overall, the Game will have a frantic feel.