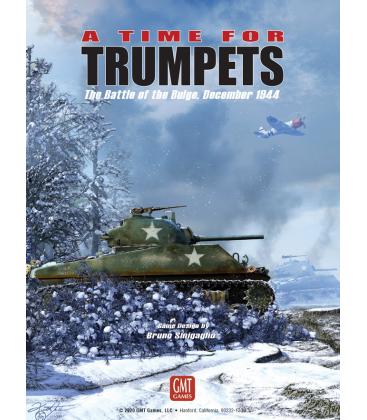 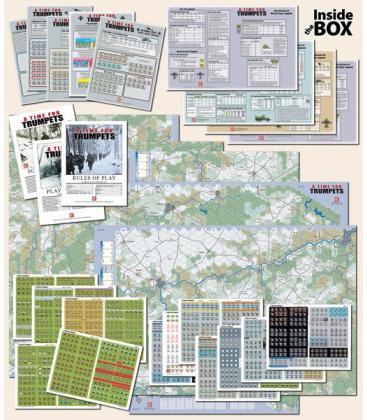 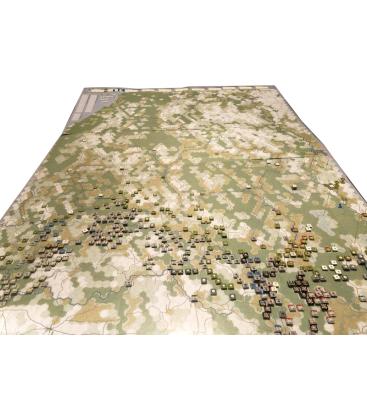 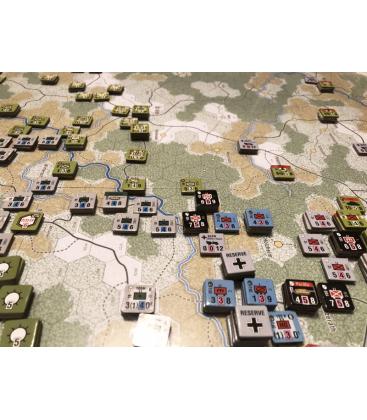 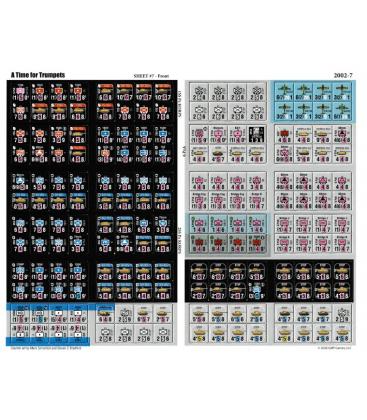 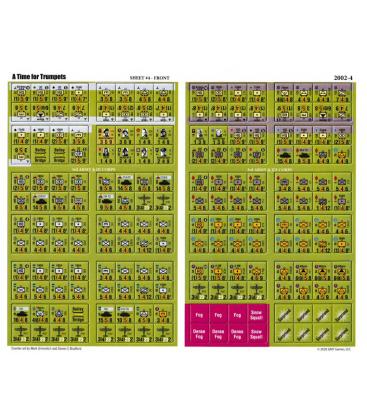 A Time for Trumpets: The Battle of the Bulge, December 1944 (Inglés)

A Time for Trumpets

A Time for Trumpets (ATFT) is a Battalion Level Wargame of the Battle of the Bulge. The Game System incorporates a number of concepts from two of the highly playable Games on the same subject: "Bitter Woods" by The Avalon Hill Game Company and the iconic battalion level "Wacht am Rhein from SPI" in 1977. In addition, the command and control concepts devised for the TAHGC version of "The Siege of Jerusalem" were utilized.

The Divisional compositions include HQ, the Front Line Battalions and the Combat Support Battalions: Recon, Engineers, Anti-Tank, Anti-Aircraft and Artillery. The individual Field Battalions perform game functions that attempt to simulate the battlefield actions of their real-life models. The Aircraft Squadrons include those that were most numerous over the Battlefield in December 1944: P47, B26, ME109, JU88 and ME262.

The Game Map is at the scale of one hex equals a mile and was developed using the 1-50,000 1943-1944 GSGS 4040 and GSGS 4507 Topographical Maps. Players will easily recognize the influence of the Bitter Woods Game Map as terrain is easily recognized and differentiated.