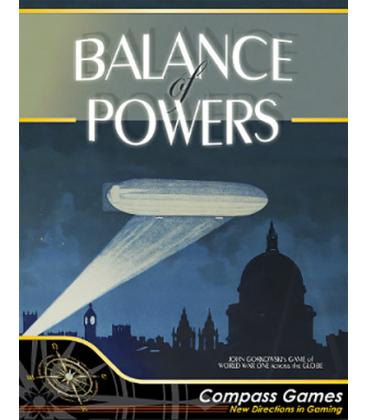 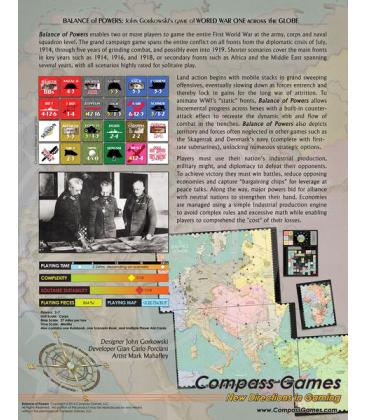 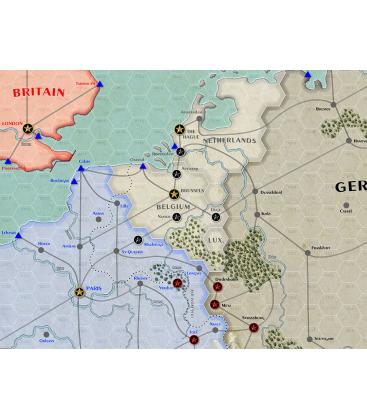 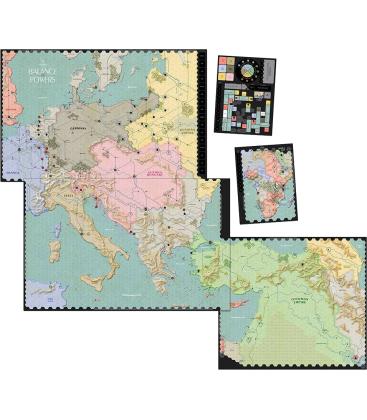 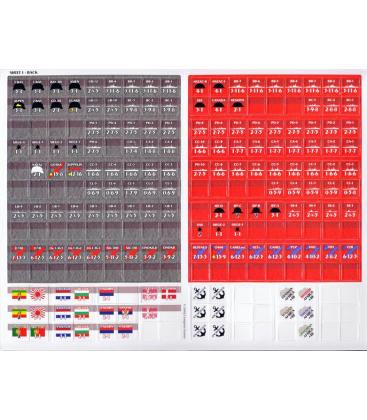 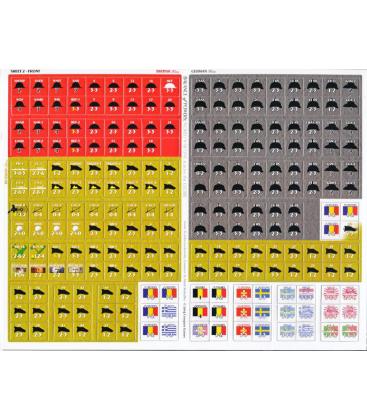 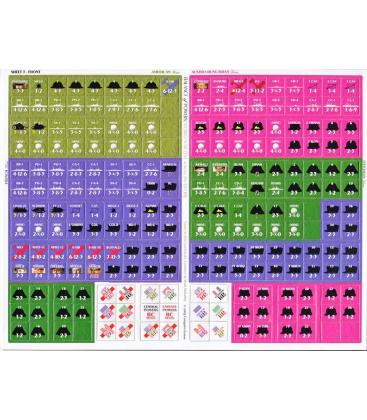 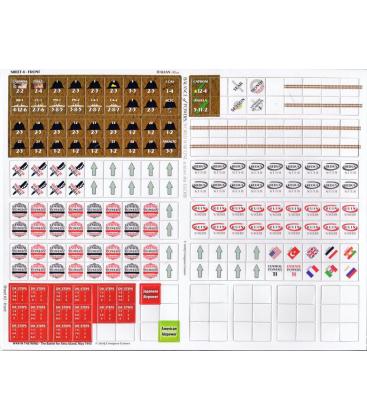 Balance of Powers enables players to game the entire First World War in a hex-and-chit format at the Army Corps and Naval Squadron-level from the Diplomatic Crisis of July, 1914, through Countless Air, Land and Naval Battles until Europe reaches an armistice which can occur as late as May, 1919.

In addition to a 3-Map, 4-year grand Campaign, the game has several smaller Scenarios, including single season, one-mappers, to accommodate every schedule and area of interest.  The innovative Map layout divides Europe horizontally rather than vertically to enable two-front struggles on a single Map sheet.  Taken together, the Maps permit a degree of strategic speculation absent from operational-level games.  For example, the British can invade the German or Adriatic coast instead of the Dardanelles.

Balance of Powers also portrays diplomacy and economics.  A haggle-based Diplomacy System enables history buffs to recreate the land-swap politics of the period, or players can opt for a simpler, streamlined schedule of neutral entry with a dash of randomness added for surprise.

Industrial production is as simple as 1-2-3 to avoid excessive math while enabling players to comprehend the "cost" of their losses. In the end, victory hinges on control of terrain or accumulated demoralization.

Players must use their nation's industrial production, military might and diplomacy to defeat their opponents. To achieve victory they must win battles, reduce opposing economies and capture "bargaining chips" for leverage at peace talks. Along the way, major powers bid for alliance with neutral nations to strengthen their hand. Economies are managed using a simple industrial production engine to avoid complex rules and excessive math while enabling players to comprehend the "cost" of their losses.