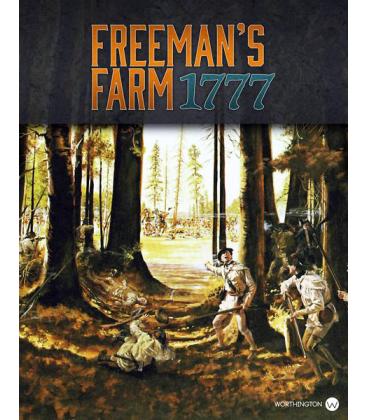 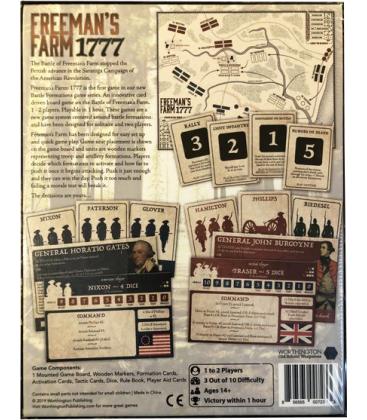 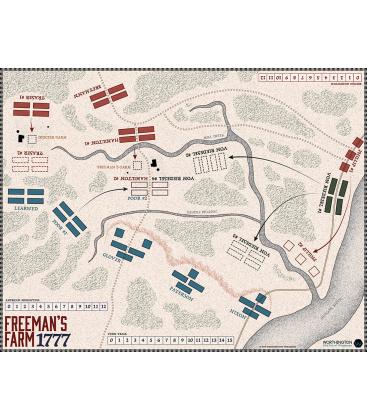 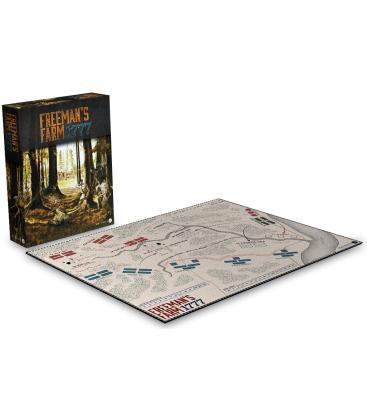 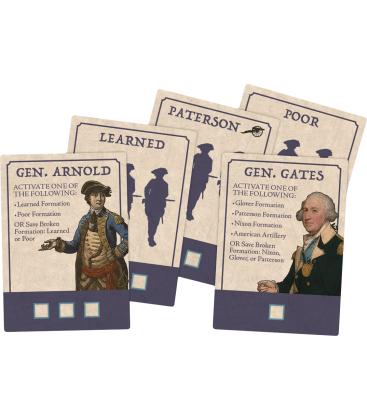 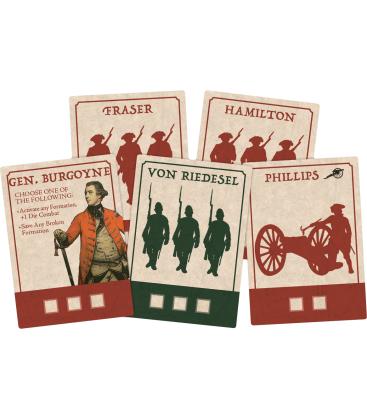 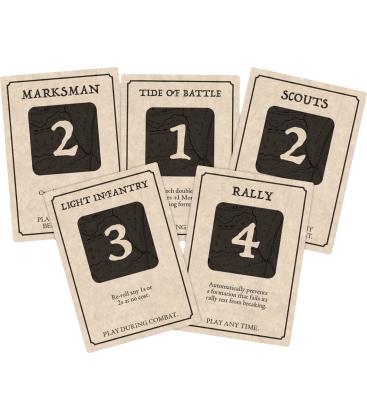 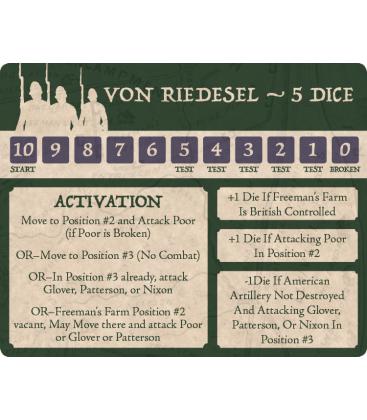 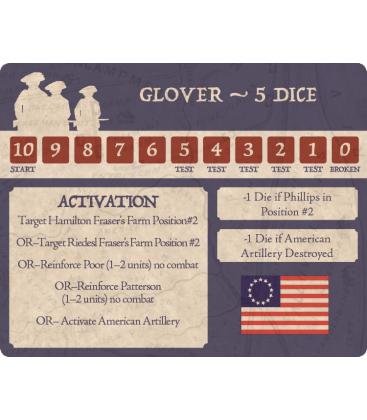 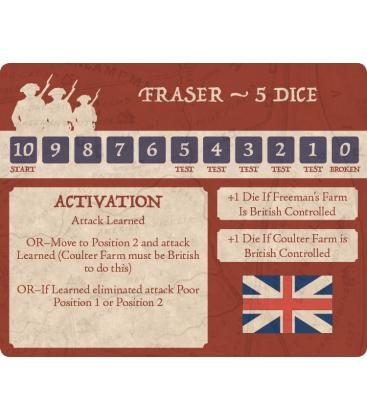 Freeman's Farm 1777 is the first in our Battle Formations Game Series. These Games are a new Game System that have been designed for Solitaire and 2 Players.

The object of the Game is to break three of the Formations of the opposing side. This is done by activating your Formations and choosing the best actions for it to undertake given the state of the Battlefield. Should you fire your Artillery or attack with your Infantry? Or should you move your Formation to a part of the Battlefield that provides an advantage? Or reinforce a faltering Formation with Troops from a stronger Formation? Whatever choices you make, there is a cost to the morale of your active Formation. Further you are limited on how many times you can call on a Formation, and once called on you must decide how long you want it to press the attack.

Each time you call on a Formation your Army gains momentum. As your Army builds momentum it allows you to press your Formations to continue attacking. But the cost is a reduction in the momentum the Army has built up as well as reductions in the morale of the attacking Formations.

Each Formation has a fixed number of Troop Markers that can be hit in combat and are also subject to breaking from morale loss. Each Formation can only be activated when its Activation Card is played, and these are limited and not always available. Each Formation reduces its morale when activated and when continuing attacks. Formations are broken when they fail a morale test or when all their Troop Markers are eliminated. Players decide which Formations to activate and how far to push it once it begins attacking. Push it just enough and they can win the day. Push it too much and failing a morale test will break it.

Freeman's Farm 1777 has been designed for easy set up and quick game play. Game Unit placement is shown on the Game Board and Units are wooden Markers representing Troop and Artillery Formations.