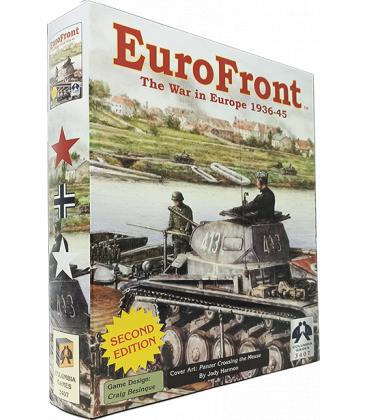 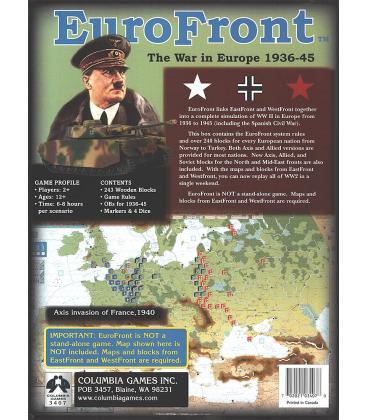 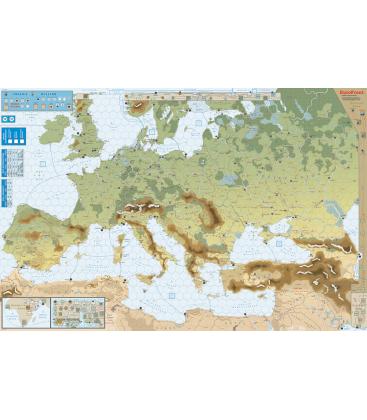 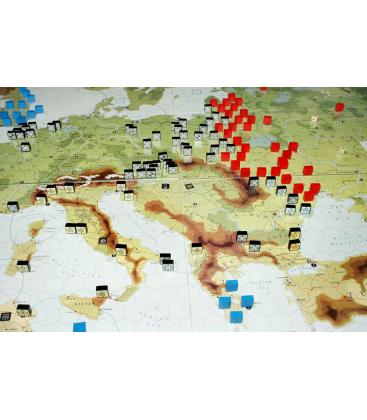 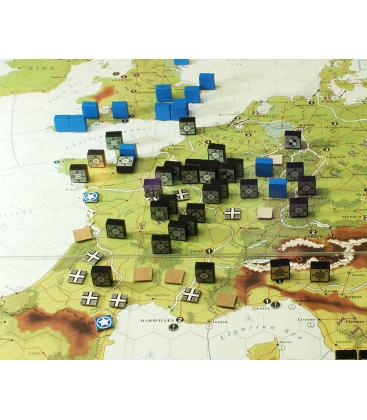 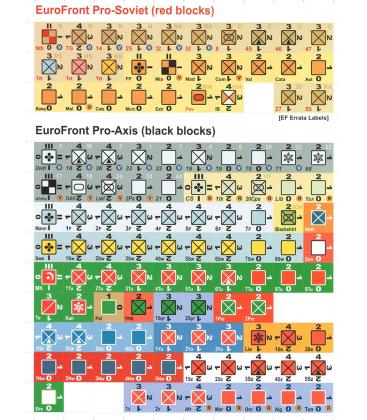 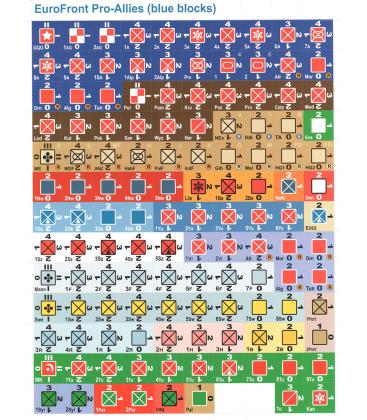 EuroFront: The War in Europe is an update to the classic "EuroFront: War in Europe, 1939-45" and adds the Northern Front, Middle East and Turkey not found in the prior Version. It details the Conflict between Germany and the Allies during WWII. Players have to contend with production, supply, command control and weather to try and break the other sides' lines. Several Scenarios cover every major point of the War.

This Title uses Columbia Games Block System, wooden Blocks that stand upright with Unit details only shown on one side and rotate to take step reductions in strength. This provides a "fog of war".

EuroFront: The War in Europe includes additional Blocks for Finns, Swedes and Norwegian Forces as well as the Axis Units that invaded Norway. Turkish and Iraqi Troops are among new Units for the Middle East. 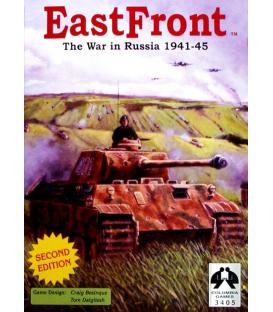 EastFront: The War in Russia...