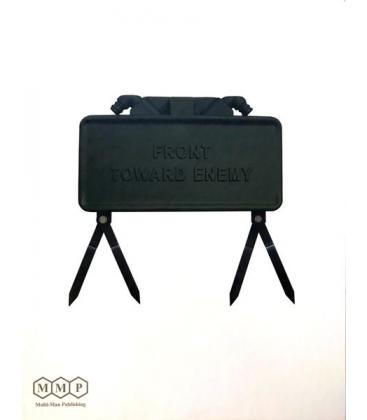 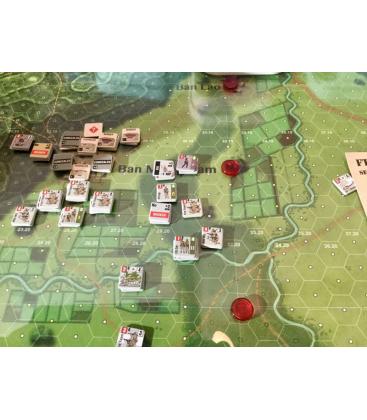 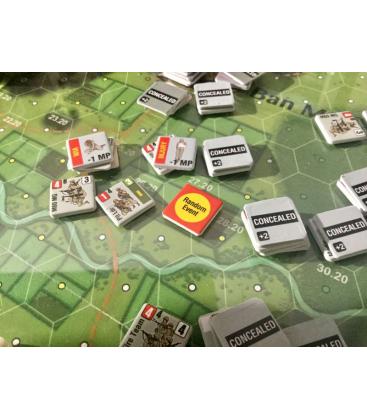 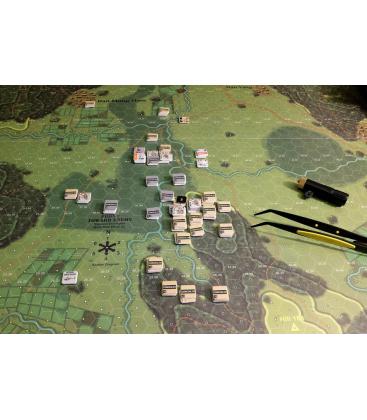 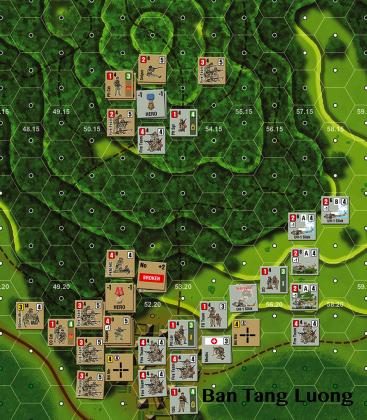 3 years after the collapse of South Vietnam, General William Westmoreland announced that "militarily we were successful... we didn’t lose a single battle above company level". It was in these intense Company and Platoon-level Firefights, which characterized most combat in the Vietnam War, that military engagements could be won and lost. At close Quarters in the Jungle, at night, and in Hamlets surrounded by rice paddies, American Soldiers faced their North Vietnamese and Vietcong Enemies on even terms. Front Toward Enemy allows Players to explore intense Company and Platoon-level Battles from the perspective of a Company Commander, using a fast-playing system that provides the feel and unpredictability of small Unit Combat.

Front Toward Enemy is a simulation that recreates tactical engagements during the Vietnam War at the scale of 50 meters per hex and 5 minutes per turn. Units represent Fire Teams, heavy Weapon Sections, Leaders, Vehicles and Helicopters. 8 Scenarios with set-up options recreate 12 Missions that typified company-level engagements during the Vietnam War, including Airmobile insertions, assaults on fortified positions and classic search-and-destroy operations, among others.

Rules cover all of the elements associated with Combat in Vietnam: helicopter gunships, armored vehicles, artillery support, snipers, sappers, civilians, booby-traps, medics, evacuation of the wounded, prisoner interrogation, tunnels, hidden caches and more. Winning doesn't always mean holding the objective if the cost in casualties is too great. Sudden combat in difficult terrain causes command and control to quickly break down. A Chit-pull System means command and control is erratic, and volume of fire is rewarded, but results are fickle. The unforeseen occurs, ranging from non-combat injuries to interference from higher Headquarters to so-called "friendly fire". Immediate action drills, staying close and the ability to move and act as a coordinated unit ensure survivability in this environment.

Front Toward Enemy puts you in the middle of the toughest fighting of the longest War of the 20th Century.