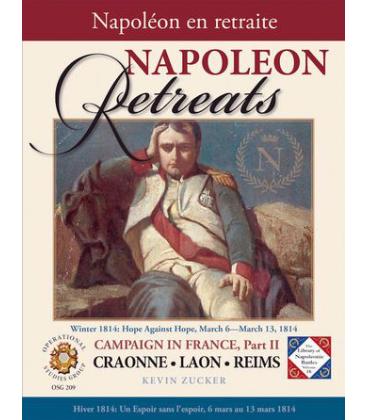 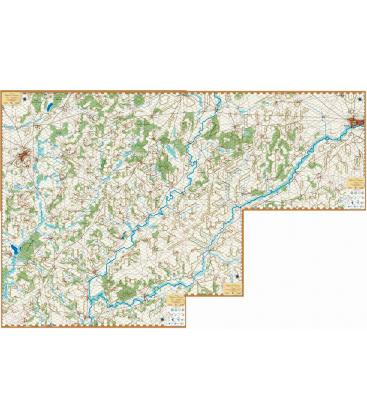 Counter-Attack: The Battle of Arras 1940 (Inglés)

Winter 1814: Hope Against Hope. After dispatching Blücher’s Army of Silesia at Vauchamps, Napoleon diverted temporarily toward the Seine at Montereau, for an inconclusive brush with Schwarzenberg’s Army of Bohemia. His inveterate foe Blücher apparently had learned no lessons and threatened to move again on Paris. By March 3rd Napoleon was returning northward along the bank of the Ourcq River. The fall of Soissons, cheaply surrendered by General Moreau, saw the quarry escape over the Aisne River to link-up with 43,000 reinforcements near Laon, raising his strength to over 100,000. While the Emperor concentrated between Fismes and Berry au Bac, Blücher continued to retreat on Laon. Reaching Craonne, the Emperor decided to advance along the chemin des dames to test Blücher’s position on the plateau and clear the flank of his advance on Laon.

The next game of the TLNB-Series covers the Campaign in France, Part II: 6 March to 13 March 1814. The major Battle was Laon, on 9-10 March, when Napoleon, with 37,000, went up against Blücher's position, on the Hill of Laon, with 85,000 (Marshal Marmont with a separate VI Corps was supposed to support the attack, but he was dispersed in a night combat). Blücher wasn't feeling well and failed to pursue. One more Battle was to follow (after 2 days for R&R) and Napoleon won that Battle: Reims, against St. Priest. So actually, he won 2 out of three.

All 3 Maps fit together to create an irregular playing area 44x68" and covering an entire week of fighting.