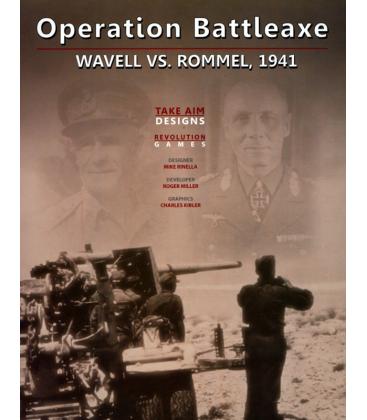 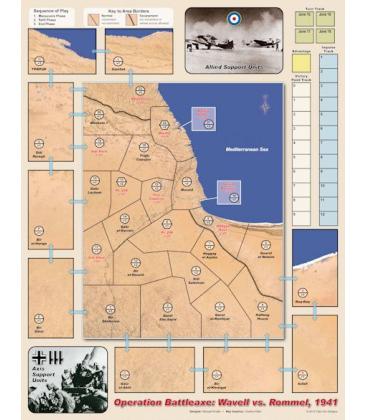 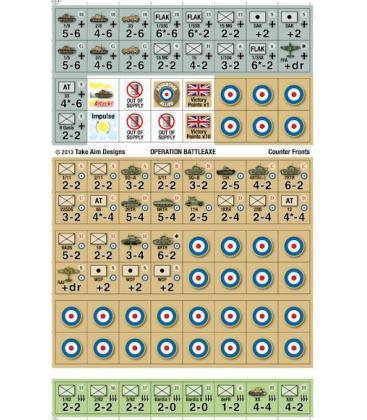 Operation Battleaxe: Wavell vs. Rommel, 1941 is a quick-playing depiction of the June 1941 Allied offensive in the North African Desert. The Allies possess more Tanks, including the Queen of the Desert, the Matilda, and have mastery of the air. Crossing the Egyptian border into Libya their Mission is simple: destroy the Afrika Korps and lift the Siege of Tobruk! The Axis Forces in the path of the Allied advance occupy well-prepared strongpoints and lurking somewhere behind them are the German Panzers and Rommel, The Desert Fox. The next 3 days of Battle will decide the course of the War in the Desert for months to come.

Utilizing a new and streamlined version of the area-impulse System Players will experience the uncertainty of the Desert Battlefield. Each turn will contain a variable number of impulses, and both Players will be challenged to determine whether it is better to attack first or defend and then counter-attack. Having committed one’s Infantry and Armor to Battle, Artillery support may or may not be available. To win the Allied Player must exploit his numerical edge in Armor and Artillery, plus Airpower, to capture Axis positions and destroy German Units. The Axis Player must exploit his greater speed, operational flexibility and superior battlefield recovery, to recapture lost ground and destroy Allied Units. Fast, furious, and chess-like, this is a Game for Players who love concentrated action!