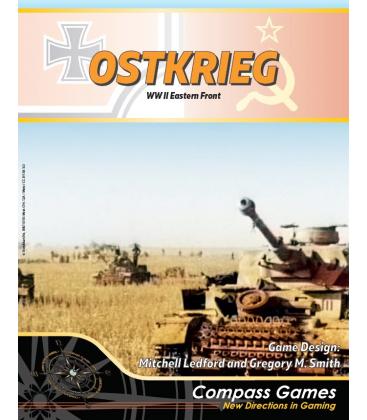 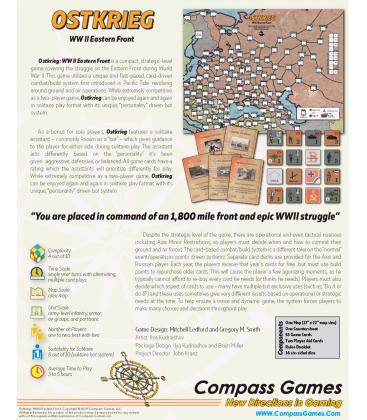 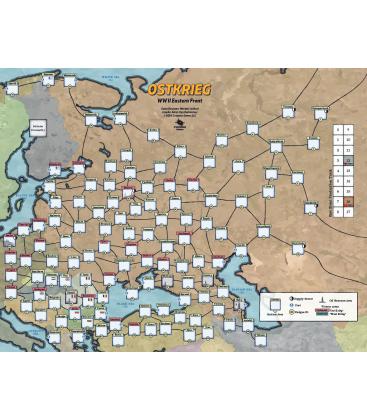 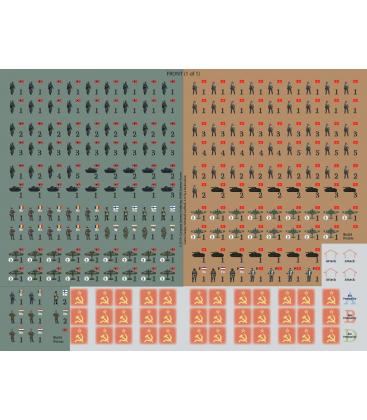 Against the Odds 50: Die Atombombe The Reich's...

Ostkrieg: WW II Eastern Front is a compact, Strategic-level Game covering the struggle on the Eastern Front during World War II by game designer, Mitchell Ledford. This Game utilizes a unique and fast-paced, card-driven combat/build system first introduced in "Pacific Tide", revolving around Ground and Air Operations. While extremely competitive as a 2-player game, Ostkrieg can be enjoyed again and again in solitaire play format with its unique, Personality Driven Bot System.

Despite the strategic level of the Game, there are operational and even tactical nuances including Axis Minor Restrictions, as Players must decide when and how to commit their Ground and Air Forces. The Card-based Combat/build System is a different take on the normal Event/operations Points Driven Systems. Separate Card Decks are provided for the Axis and Russian Player. Each year, the Players receive that year's cards for free... but must use build points to repurchase older cards. This will cause the Player a few agonizing moments, as he typically cannot afford to re-buy every card he needs (or thinks he needs). Players must also decide which aspect of cards to use, many have multiple but exclusive uses (such as, "Do A or do B") and these uses sometimes give very different results based on operational or strategic needs at the time. To help ensure a tense and dynamic game, the System forces Players to make many choices and decisions throughout play.