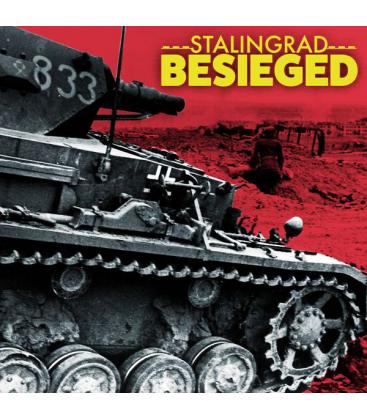 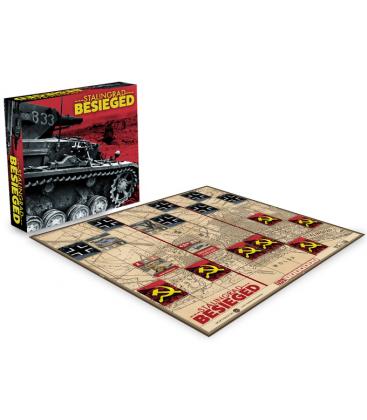 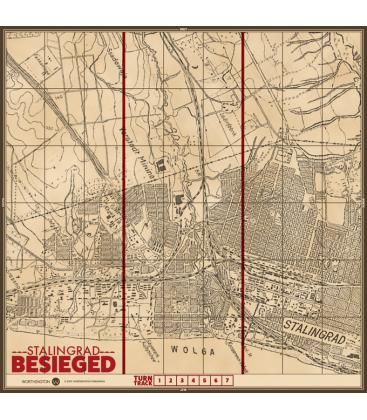 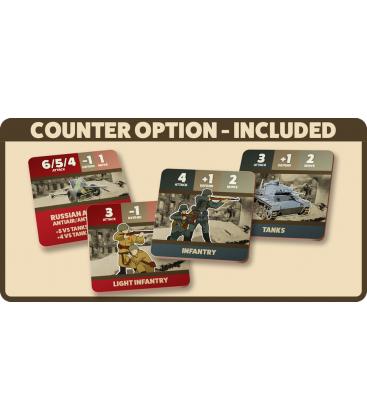 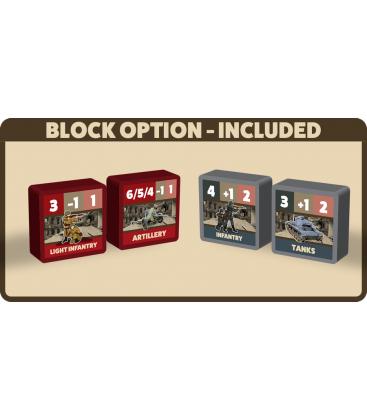 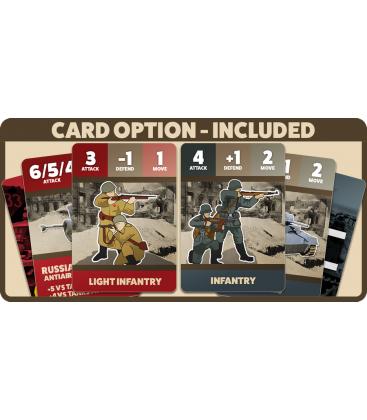 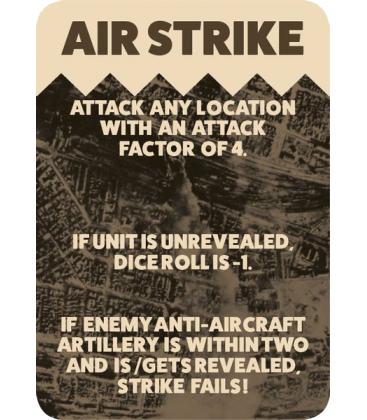 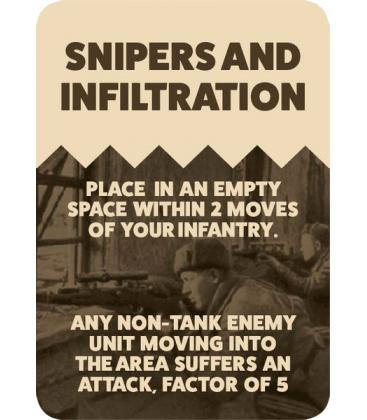 Three ways to play!!! You can play with Cards, Blocks, or Counters, the Game comes with them all. The Cards/Blocks/Counters represent the Units of the German and Russian Armies in 1942 around Stalingrad.

Each turn the Players will move their Units, optionally play an Event Card, and fight Battles in an attempt to gain control of the 2 Ferry Points and and Tank Factory. Each turn you will replace eliminated Units using replacement points, but for each Unit you bring back one of your "dead pile" Units is permanently eliminated.

Victory is determined by the Player who controls the Ferry Points; if each Player controls one, then control of the Tank Factory will determine the ultimate winner.