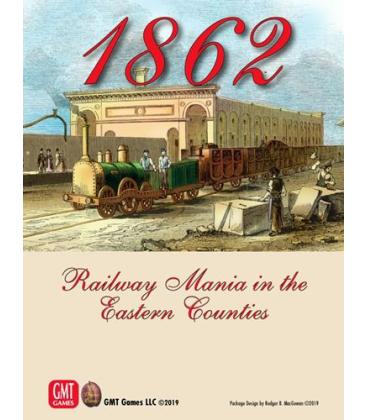 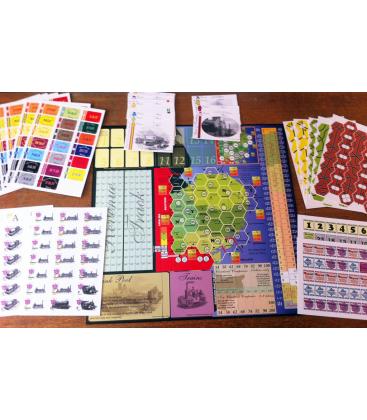 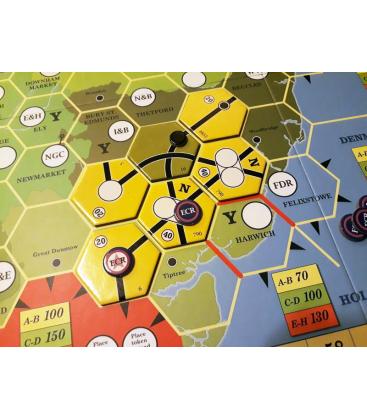 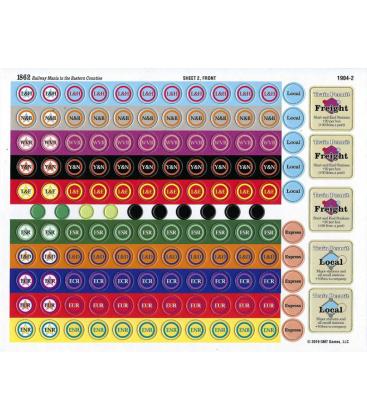 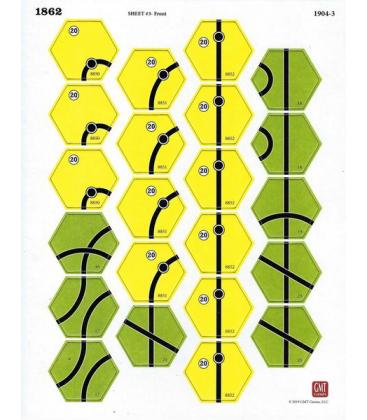 Cataphract: The Reconquest of the Roman Empire

The great Railway Mania of 1844 to 1847 saw an extraordinary expansion in the British Railway Network. Huge numbers of private Investors were encouraged to invest, but as with many such ventures, few of these enterprises proved profitable. The bubble truly burst in 1849 when accusations of fraud surfaced at the Eastern Counties Railway, then in bitter dispute with its rivals in East Anglia. The Game is set in this cauldron of Railway construction. Players will vie to start Railway Companies, invest money in Railway shares and attempt to run the Railways they control for personal gain, trying to keep them afloat in changeable economic times.

1862: Railway Mania in the Eastern Counties is an '18xx' Game, one of many Rail Games by different Designers inspired by Francis Tresham's 1829. Although it shares many traits in common with the other 18xx Games, it has several unique features, such as random Selection of Companies, 3 types of Trains, 2 different ways to finance Companies (either by petitioning Parliament or by piecemeal capitalization in a stock round), allowing Companies to run multiple Trains over the same track, the ability to accommodate from 1 to 8 Players and a special homage to the great "Railway King" George Hudson.