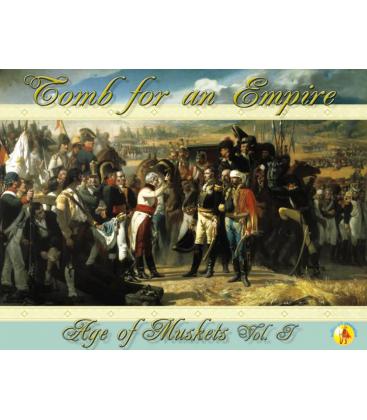 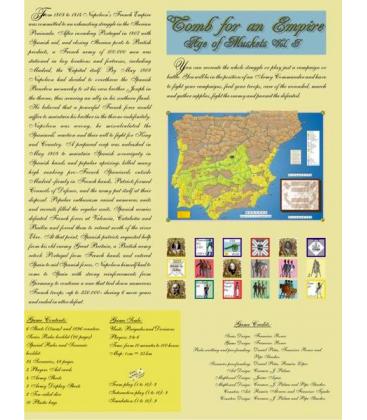 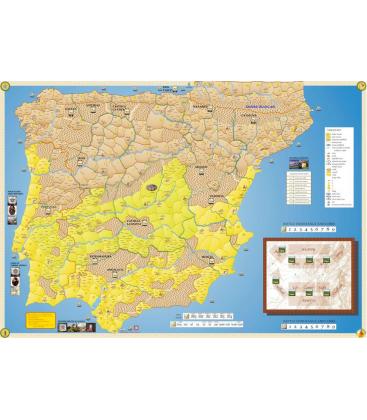 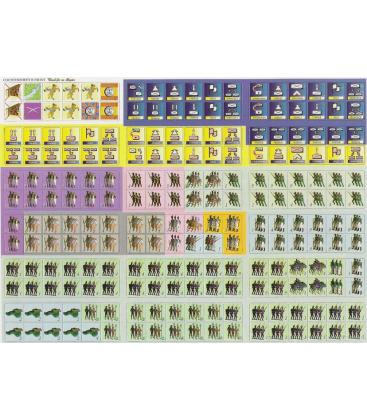 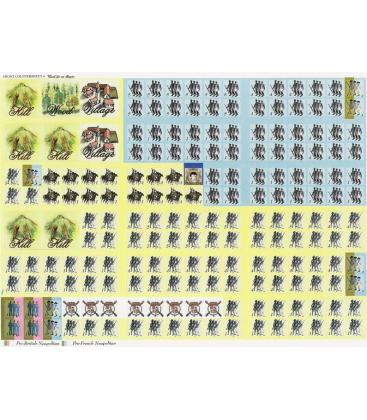 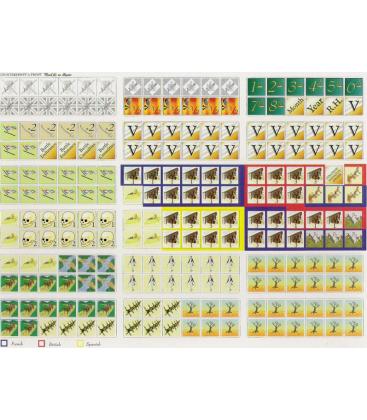 Age of Muskets 1 - Tomb for an Empire (Inglés)

Age of Muskets is a Rule Set that covers the Campaigns from the late XVII Century to the first half of the XIX. It emphasizes Command and Control as well as the uncertainty and friction of any Military Operation. Players take command of an Army of the Period, represented by their Headquarters, and control their attached Units, their Men and Equipment. The purpose is to re-create all the relevant factors of War at the operational level in the pre-industrial age.

The game is played as a sequence of game turns, each made up of several actions performed by the forces of all sides present on the Game Board. The diverse Scenarios that can be played have a limited number of game turns, once finished Players check which side has won. Many of these Scenarios can be played by just 2 Players. However, the longest and largest are designed for team play, ideally by 4 to 6 Players.

Age of Muskets Volume I: Tomb for an Empire simulates the Conflict that took place in the Iberian Peninsula from 1808 to 1814. It was a complex War that involved diverse interests and Troops from many Nations. Great Britain sent her Troops to defend Portugal, within the context of the European Coalitions against France. In Spain proper the War, which presented certain aspects of a Civil War, saw an uneasy alliance of Reformists and Traditionalists under the name of Patriots facing the puppet King Jose I Bonaparte and the occupation Army composed mainly of French but also of Italians, Neapolitans, Poles, Germans, Swiss, Dutch and even Spaniards (known as Juramentados).

Spaniards, British and Portuguese form the Allied side while France and her Allies and satellites form the Imperial side. A Player (or Team) control each side. The Game allows to play the War beginning on July 1808 to April 1814, or on several later dates: November 1808, May 1809, January 1810, January 1811 or February 1812. It is also possible to play only certain parts (e.g. The War in Levante 1809-1813), individual Campaigns (Napoleon's 1809) or just Battles (Salamanca, Vitoria...).

Age of Muskets Volume I: Tomb for an Empire is not just a Game it's a whole gaming experience that includes 6 Introductory Battle Scenarios and 18 Campaign Senarios of increasing complexity, from Bailen (lasting less than one full turn) to the full Campaign starting any year of the War (Scenarios 14 to 18).