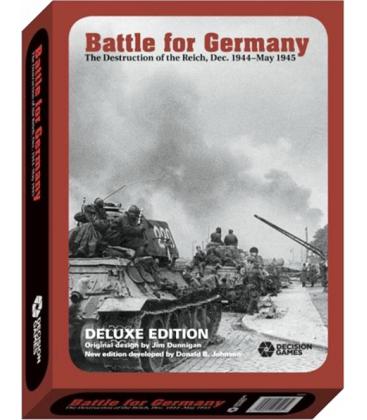 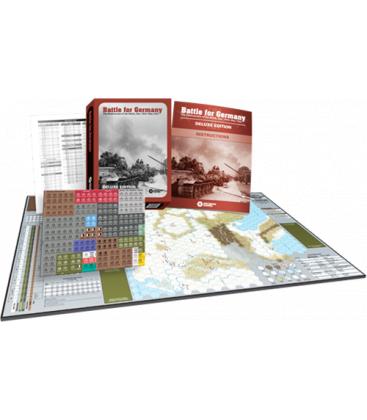 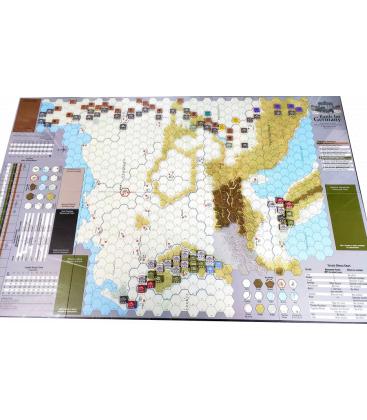 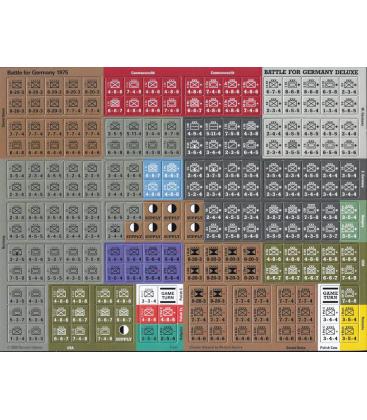 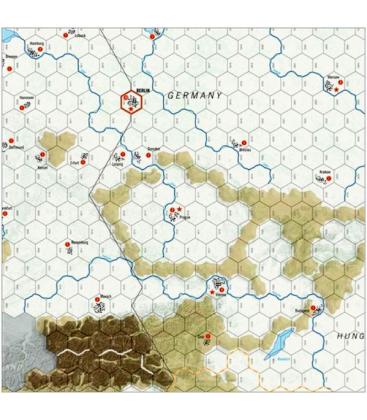 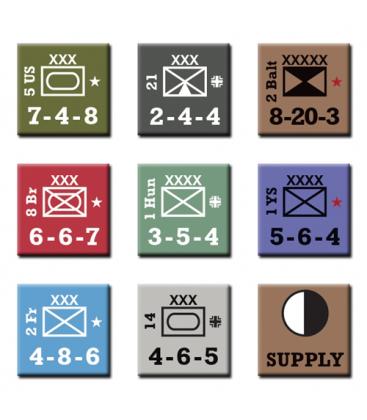 Hitler's Third Reich was clearly beaten in early December 1944 as Anglo-American and Soviet Armies reached Germany's borders to the east and west. The only questions remaining were how long it would take to finish the job, and how many more would die in the process. Hitler gambled his last reserves in an offensive through the Ardennes, hoping to split the Anglo-Americans and force them to the negotiating table. It failed, and a month later the final Allied offensives began. The overwhelmed German Army gave ground grudgingly and even launched local counteroffensives but could not stop the tide as the Allies picked up speed. Allied Leaders strove to finish the War, all the while looking toward the shape of postwar Europe. The race was on for the final prize: Berlin.

Battle for Germany focuses on that race. One Player commands the Western Allies, the other the Soviets. Each commands the German Units facing their opponent, motivating them to fight to the end. Play follows a move-fight sequence, interleaved between the Eastern and Western Fronts. Both Players must hurry to reach Berlin, but a careless player will see their spearheads destroyed by sudden German concentrations.

Soviet Units are Armies and Fronts, all others are Corps. The massive Soviet Fronts are the most powerful Units on the Map, but they are slow and the Mobile Units relatively weak. Their opposition is spread over a vast front with few defensive positions beside rivers. Western Allied Units are uniformly strong and fast and face fewer Germans, but must punch through tough terrain and defenses to break into the open ground of central Germany. Breakthroughs are essential on both Fronts as combat rewards surrounding the Enemy.

Battle for Germany: Deluxe Edition features a larger, Mounted Map that now extends to the Courland Peninsula. The Counters are larger and thicker and include both the 1975 and 1994 Sets plus new Supply Counters. The Rules Booklet is now in full color. The 3 original Scenarios (Battle for Germany, Collapse in the East and Red Star/White Star) are included for play with either Set of Counters and new Optional Rules add supply and alternate end games for the Main Scenario.