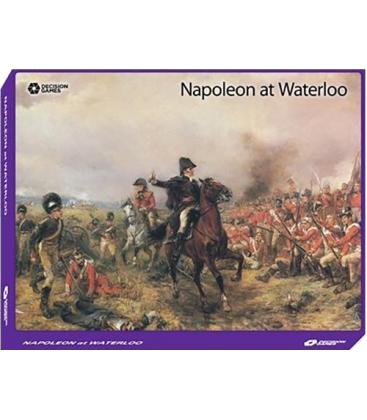 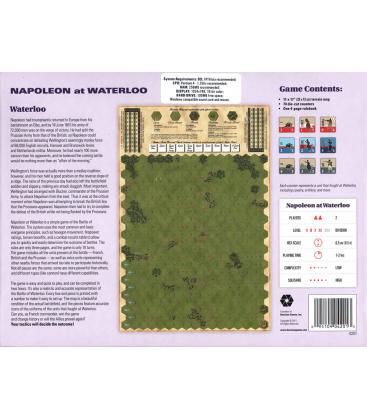 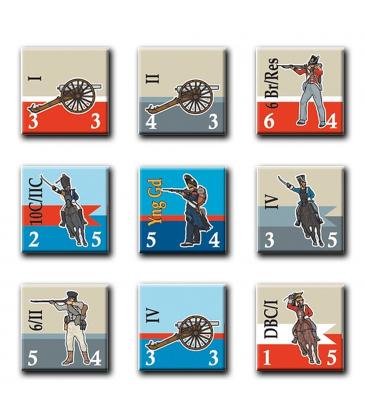 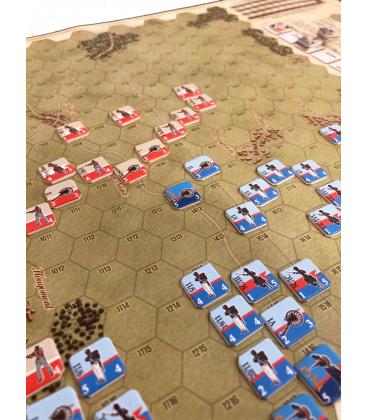 Wellington’s Force was actually more than a motley Coalition; however, and his Men held a good position on the reverse slope of a ridge. The rains of the previous day had also left the Battlefield sodden and slippery, making any attack sluggish. Most important, Wellington had arranged with Blucher, commander of the Prussian Army, to attack Napoleon from the east. Thus it was at the critical moment when Napoleon was attempting to break the British Line that the Prussians appeared. Napoleon then had to try to complete the defeat of the British while not being flanked by the Prussians.

Napoleon at Waterloo is a simple Game of the Battle of Waterloo. The System uses the most common and basic Wargame principles, such as hexagon movement, firepower ratings, terrain benefits and a combat results table to allow you to quickly and easily determine the outcome of Battles. The Rules are only 3 pages and the Game is only 10 turns.

The Game includes all the Units present at the Battle (French, British and the Prussian) as well as extra Units representing other nearby Forces that arrived too late to participate historically. Not all pieces are the same; some are more powerful than others, and different types (like cannon) have different capabilities. The Game is easy and quick to play and can be completed in 2 hours. It’s also a realistic and accurate representation of the Battle of Waterloo. Every hex and piece is printed with a number to make it easy to set up. The Map is a beautiful rendition of the actual Battlefield and the pieces feature accurate icons of the uniforms of the Units that fought at Waterloo.

Can you, as French Commander, win the Game and change History or will the Allies prevail again? Your Tactics will decide the outcome! 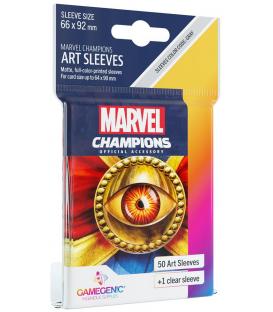 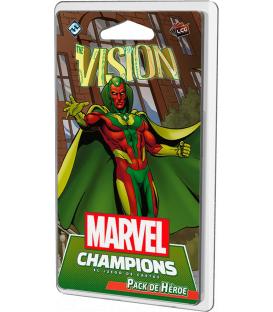