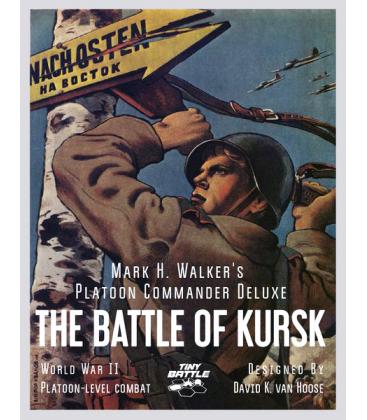 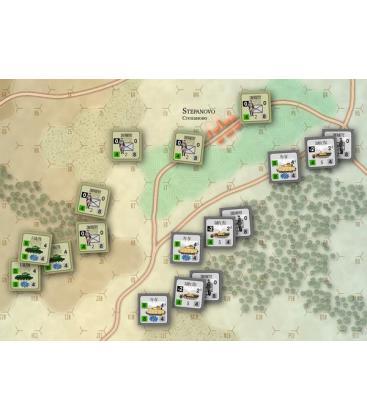 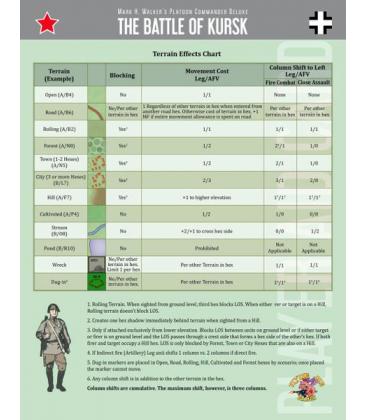 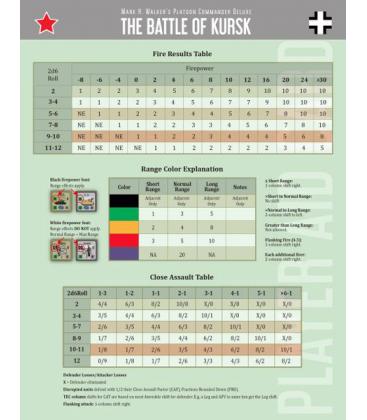 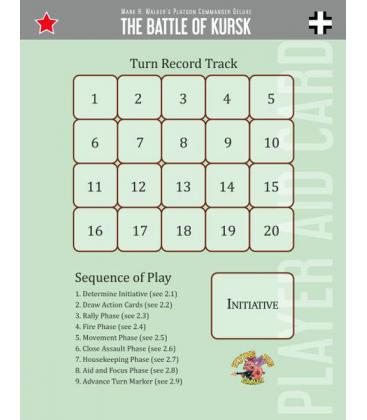 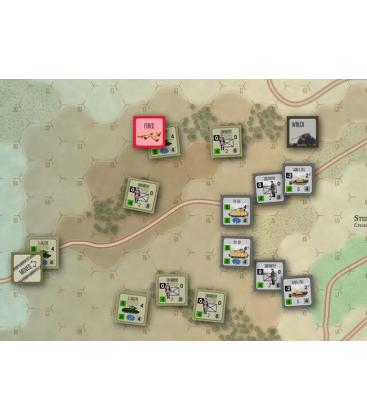 Kursk. Many historians believe it was the turning point of World War II. Kursk. Witness to the largest Tank Battle of the entire War. Kursk. The end of the myth of German invincibility. Kursk. Just one hell of a lot of fun to game with 1” Square Cardboard Counters representing Platoons of Infantry and Tanks and Batteries of anti-tank guns, mortars and stuff. And that is what you get with Platoon Commander Deluxe: Kursk.

Platoon Commander Deluxe: The Battle of Kursk uses version 2 of the "Platoon Commander" Rules, which are identical to the v1.5 rules released with the latest Tiny Battle Publishing Platoon Commander game, "Poland Strikes", with the exception of enhanced artillery and new air strike routines.

It’s a System that grognards and newbies alike can enjoy. The Counters are large, easy to read and beautifully illustrated. There is no jungle of numbers to wade through; the range at which a unit can fire is indicated by the color of the placard (badge?) behind the attack factor. Although gamers need not fiddle with unit facing, simple rules account for flanking fire. And infantry isn’t forgotten either. Platoon Commander Deluxe uses a unique System in which Infantry assaults from adjacent hexes, allowing Commanders to concentrate overwhelming force at a critical point and even conduct flank attacks. And woe be the Tiger Platoon caught unsupported in the midst of a city by a horde of Russian Rifleman. 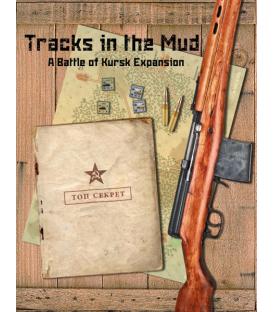 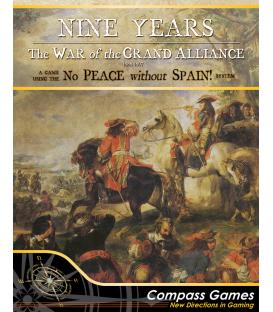