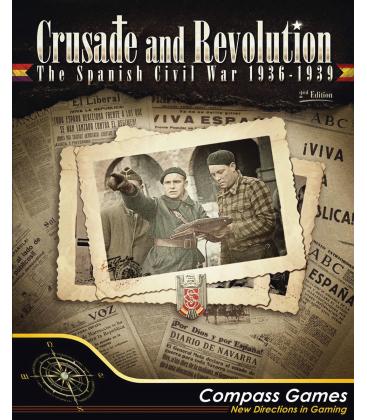 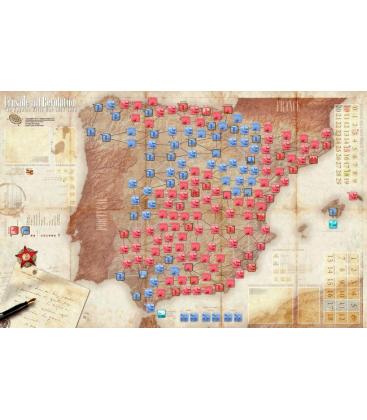 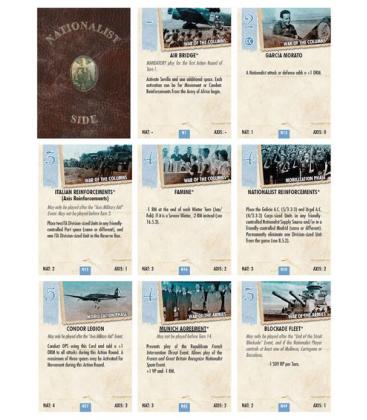 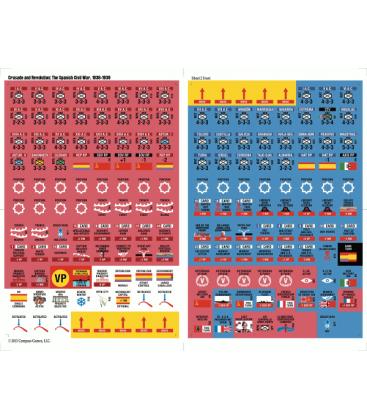 In July 1936, a failed coup d’état provoked a bloody Civil War that would devastate Spain for nearly 3 years. The eyes of a Europe in crisis turned towards a divided Nation, where not only Armies, but also ideologies fought a savage and ruthless struggle.

Crusade and Revolution: The Spanish Civil War 1936-1939 (CaR) pulls together enjoyment, playability and historical simulation. It uses the traditional Card-driven System, adapting it to the specific circumstances of the Spanish Civil War.

Each Player has his own Deck of Strategic Cards, which are the heart of the game, and must make difficult choices on their use through-out the game. Each Card has 4 possible uses, but only one of them can be chosen each time the card is played! The possibilities are:

The greater impact the historical event of a card has on the game, the greater its Operations, SR and Replacements value. As such, a player is often faced with a dilemma while playing each card: use an important event, launch an offensive in a vulnerable zone, move Units from one front to other, or accumulate replacements to recover from losses? Combine this with Combat Cards" that bring tactical benefits and a player faces has a myriad of choices with each and every card.

A complete C&R game is divided into 3 phases, which illustrate the Evolution of the Spanish Civil War and introduce new Strategic Cards.

Take command of your Forces! Marshall International Aid and intervention to your side! But take care... for your opponent is doing the same and while you may be planning on achieving a quick victory, you never know what a game of Crusade and Revolution: The Spanish Civil War 1936-1939 may bring!