Following on the success of the two previous ASL Oktoberfest packs, ASLOK XXXIV takes a deep dive into the battles in France throughout Normandy and Brittany in the late spring and summer of 1944. From D-Day to the Falaise Pocket to the drive on Brest, these 12 scenarios explore the fierce fighting engaged in by the infantry, armor, and mechanized cavalry of the American, British, and Canadian forces attacking (and being counterattacked by) a wide range of German defenders, primarily fallschirmjäger and elite SS forces. The scenarios are created by veteran designers Pete Shelling, Bill Sisler, and Ted Wilcox and developed under the guidance of veteran playtesters and tournament directors Bret Hildebran and Bill Hayward. These scenarios will stretch your tactical knowledge and skills, with many different situations. Bocage features heavily (but far from exclusively). There is one night paradrop scenario, and one is an assault on a fortified gun battery, but none of the scenarios uses offboard artillery. Several scenarios feature combined arms on both sides, several more combined arms on only one side, and several are infantry only.

Two new boards were designed specifically for this pack and feature significantly in its scenarios. Board 84 features a large hill mass next to a small village with many hedges, numerous orchards, and scattered woods conveying a very claustrophobic rural terrain. Board 12a/b features a larger village with stone buildings partially surrounded by a board-length gully, with orchards, grainfields, and hedges throughout. Both boards show off the skill of artist Charlie Kibler. With great boards and great scenarios, Action Pack #14 is sure to be a winner. 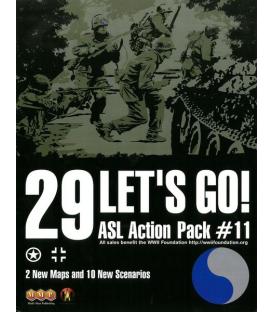 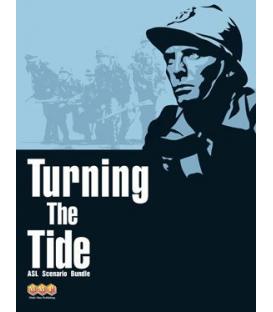